At least 12 people are dead in the suspected terror attack on a Christmas market in Berlin. Police say a huge truck was deliberately driven into a crowd of shoppers. The truck, from Poland, was carrying 25 tons of steel. Terror groups like ISIS have encouraged their followers to use vehicles to stage attacks.

Six people have been taken in for questioning in the shocking assassination of Russia’s ambassador to Turkey. Andrey Karlov was shot to death by an off-duty Turkish police officer during the opening of an art exhibit. The officer was later killed in a shootout. The brazen attack was denounced by Turkish and Russian leaders. Relations between the two countries had been improving.

The US has its drone back. China returned the underwater drone it seized last week in the South China Sea. The Pentagon said it will continue to investigate the incident. Analysts say the drone grab may be China’s way of responding to rhetoric from President-elect Donald Trump, who seems willing to challenge Beijing on a number of issues.

So much for faithless electors. Donald Trump got 304 electoral votes in the Electoral College, making his stunning Election Day victory official. There was a push to turn GOP electors against him, but that went nowhere. This news will either bring you great joy or great heartburn, but you better get used to it. Trump’s inauguration is one month from today.

The search for Malaysia Airlines Flight 370 continues, but officials think they’ve been looking in the wrong place. A report from the Australian government says new analysis recommends a section of the Indian Ocean to the northeast of the current search area should be explored.

So we guess the popular girl group should now be called Fourth Harmony?

She’s battled storms and illness to keep her streak intact.

The No Fun League won’t fine Dallas Cowboy Ezekiel Elliott for jumping into a giant Salvation Army kettle after scoring a TD. The stunt boosted the charity’s online donations.

Meet the brothers who put 200,000 Christmas lights on their mom’s house

They do it every year, but mom doesn’t mind because it helps raise money for a children’s hospital. 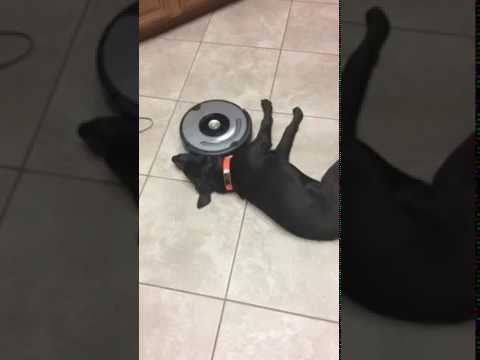 This puppy’s found just the right spot to take a nap, and it’s not moving, no matter how hard this Roomba vacuum cleaner tries. (Click to view)