Is Lamar Odom headed for a new reality show?

He will tell his story in "The Doctors"

Lamar Odom has checked into rehab and now there is speculation that his recovery may get the reality show treatment.

The former pro basketball player and ex-husband of Khloe Kardashian confirmed this week that he has entered a treatment facility.

“Lamar Odom has checked into rehab,” a statement from his publicist said. “After consulting with his family and friends, and meeting with Dr. Travis Stork of ‘The Doctors,’ he has decided it is best he take time to focus on himself. He is dedicated to leading a healthy lifestyle and being the best father he can be to his children.”

“Lamar asks that the public please respect his privacy at this time and truly appreciates the love and support of his family, friends and fans,” the statement continued. “He will talk about his journey in January on ‘The Doctors.’” 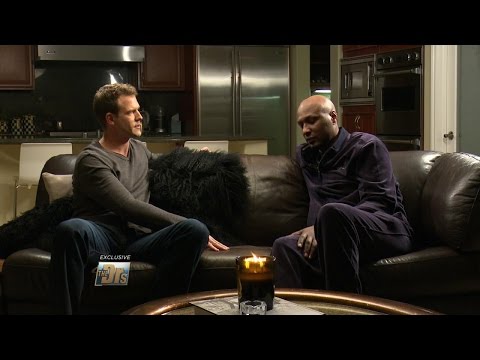 That sparked reports that Odom will be appearing in his own reality show in 2017.

The former Los Angeles Laker is no stranger to the world of reality television.

He and Kardashian starred in their own series “Khloe & Lamar” from 2011 to 2012 on E!. The show was a spinoff of “Keeping Up With the Kardashians.” Odom also made appearances in some of the other shows in the family’s franchise.

Odom and Kardashian married in 2009, one month after meeting. She filed for divorce in 2013, but put it on hold in October 2015 after Odom landed in the hospital after being found unconscious at a brothel in Nevada.

Kardashian refiled in May 2016 and the divorce was finalized December 9.