The goal is to improve hurricane forecasts

It sounds like something from a sci-fi movie – a plane carries a rocket high in the sky, releases it, and the rocket fires into space, later deploying mini satellites that will eventually help improve hurricane forecasts.

The scenario took place in real life Thursday morning, when an aircraft similar to a commercial airliner carried a Pegasus rocket to about 40,000 feet over the Atlantic Ocean east of Cape Canaveral and released it. Boosters then propelled the rocket into space, where it deployed eight small satellites into orbit in a first-of-its-kind mission to provide better hurricane predictions back here on Earth. 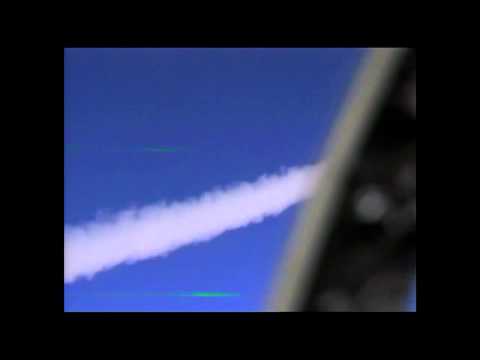 The satellites will work in tandem to measure near-surface ocean winds in hurricanes, typhoons and other tropical cyclones around the globe.

The goal of the Cyclone Global Navigation Satellite System, or CYGNSS, is to improve hurricane intensity forecasts – a task that is more difficult and less accurate than forecasting the path a storm will take.

The difficulty comes from the lack of wind observations in the ocean. Meteorologists know where the storms are because they are constantly being monitored by satellites that can see the location of the clouds and rain from the storms, but until now, they couldn’t see the winds underneath the storm’s clouds.

“We’re really excited because this will be the first time ever that satellites can peer into the middle of hurricanes and predict how strong they’ll be when they make landfall,” said Dr. Chris Ruf, a professor at the University of Michigan and the principal investigator of CYGNSS.

Using GPS receivers similar to those in cell phones, the satellites will be able to measure the roughness of the ocean surface and compare that data between satellites. The constellation of satellites will orbit the tropical belt of the globe between 35° N and 35° S, providing up to 32 wind measurements per second as far north latitude as Philadelphia and south to Melbourne, Australia.

Unlike current weather observation satellites, which pass over an existing hurricane once or twice a day, CYGNSS satellites will provide “new measurements of the winds every 12 minutes” for any given storm in the tropical belt.

The ability of the CYGNSS satellites to see inside the heavy rain found in a hurricane eyewall, combined with the frequency of measurements, will provide a wealth of new information beginning as early as the 2017 hurricane season. According to Brian McNoldy, a hurricane researcher at the University of Miami who has worked with sample data from CYGNSS, “the data should help to diagnose a tropical cyclone’s intensity and wind field structure, as well as improve short-term forecasts of its intensity and winds.”

Unfortunately, the data will not initially be available in real time, though the technology is available to do so, according to McNoldy. NASA has paid for the mission and will download the data to three ground stations every few days, but additional funding will be required if the information is wanted for real-time forecasters, such as those at NOAA’s National Hurricane Center.

As a storm nears the coastline, this data could be combined with the information obtained by the hurricane hunter aircraft to feed the hurricane forecasting models. Better data equals better forecasts, which could allow meteorologists to provide lifesaving guidance on the destructive winds and storm surge well ahead of hurricane landfalls.