Bill English has been sworn in as the next Prime Minister of New Zealand.

English was elected as the leader of the National Party, replacing former Prime Minister John Key.

Key unexpectedly resigned on December 5 after leading his party for 10 years and the country for eight.

“I am both excited and humbled by this opportunity,” English said in a statement. “As Prime Minister, I will be committed to building a New Zealand which rewards hard work and enterprise and which cares for our most vulnerable.”

English previously led the National Party to its worst-ever electoral defeat in the 2002 election. He has served as deputy prime minister and finance minister. 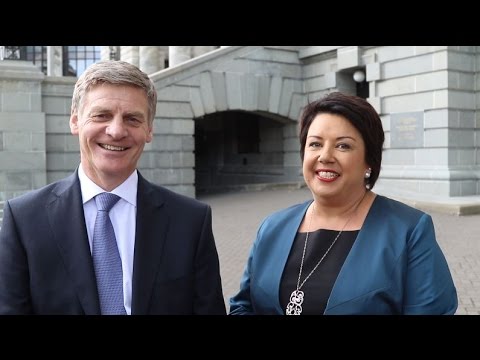 Paula Bennett has been appointed deputy leader. She has most recently served as minister for climate change, social housing and state services.

Key won three terms as prime minister but said the time had come to step down to spend more time with his family.

“Ten years at the top is a long time,” he said, as he announced his shock resignation. “A lot of leaders stay at the top too long.”

He said that his adult children had faced “an extraordinary level of intrusion and pressure because of their father’s job.”

Key and his wife Bronagh have been married since 1984. They have two children, model and DJ Max, and Stephanie, an art student.

CNN’s Zahra Ullah and Rebecca Wright contributed to this report