Naomi Judd talks about her depression and ‘break’ from Wynonna

She has written a book about her life with depression

Naomi Judd is opening up about both mental illness and her relationship with her daughter.

The singer appeared on “Good Morning America” Tuesday and said she’s been diagnosed with severe depression and anxiety.

Judd said her private life was very different from the public one fans saw as half of the successful country duo The Judds.

“But then I would come home and not leave the house for three weeks, and not get out of my pajamas, and not practice normal hygiene,” she said. “It was really bad.” 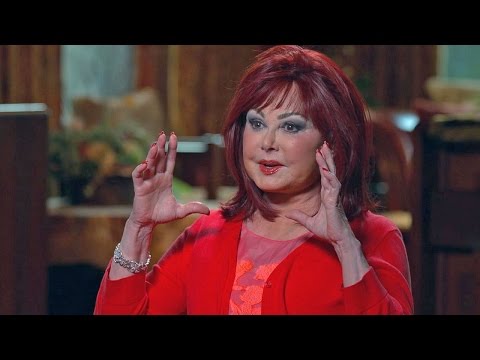 The 70-year-old Judd family matriarch has written a book titled “River of Time: My Descent into Depression and How I Emerged with Hope” explaining her struggles.

Her depression has been hard to treat, she said.

“Treatment resistant because they tried me on every single thing they had in their arsenal,” Judd said. “It really felt like, if I live through this I want someone to be able to see that they can survive.”

The medication she has been on has caused her hands to shake and her face to swell up like “a balloon.”

“I really haven’t been eating ice cream and candy,” she laughed.

She also reveals that at the age of three she was molested by an uncle.

Judd said she got into therapy and embraced “radical acceptance.”

Part of her recovery included interaction with her youngest daughter, actress Ashley Judd.

But there has been tension with daughter Wynonna, she said, and the pair are currently on a “break.”

“From the day I knew she existed, it was the two of us against the world,” said Judd, who was a teen mother when she gave birth to Wynonna. “Through the decades, we kind of grew up together and I’m always telling her, ‘If I’d known better I would’ve done better.’”

And while she loves her daughter, Judd said there are times they need “a little break from each other.”

“We’re still a little estranged from each other,” she said. “And that happens with mother, daughters.”