‘Gatlinburg was made to burn,’ professor says

Wildfires are a natural part of a forest's life cycle

The devastating wildfires that struck this week in Gatlinburg, Tennessee, could not have been stopped, experts say.

Sudden winds reaching near-hurricane force caught people off guard, separated them from loved ones and forced thousands down tiny, winding mountain roads in pure panic. At least 11 people were killed and more are missing, some 700 structures have been lost and more than 17,000 acres have burned – most of them in the Great Smoky Mountains National Park.

“The conditions that we normally experience in this region are not conducive to wildfires,” park spokeswoman Dana Soehn said. “We are a temperate rain forest.”

When not in a drought, the National Park Service has a very difficult time even doing a controlled burn because of the humidity in the air. Soehn says natural fires are very rare in the park.

But according to a local fire ecologist in the area, wildfires in the region weren’t always a rarity.

“If you look for it, you can find evidence of past wildfires in and around Gatlinburg,” said biogeographer Henri Grissino-Mayer of the University of Tennessee. “You can’t really prevent forest fires.” 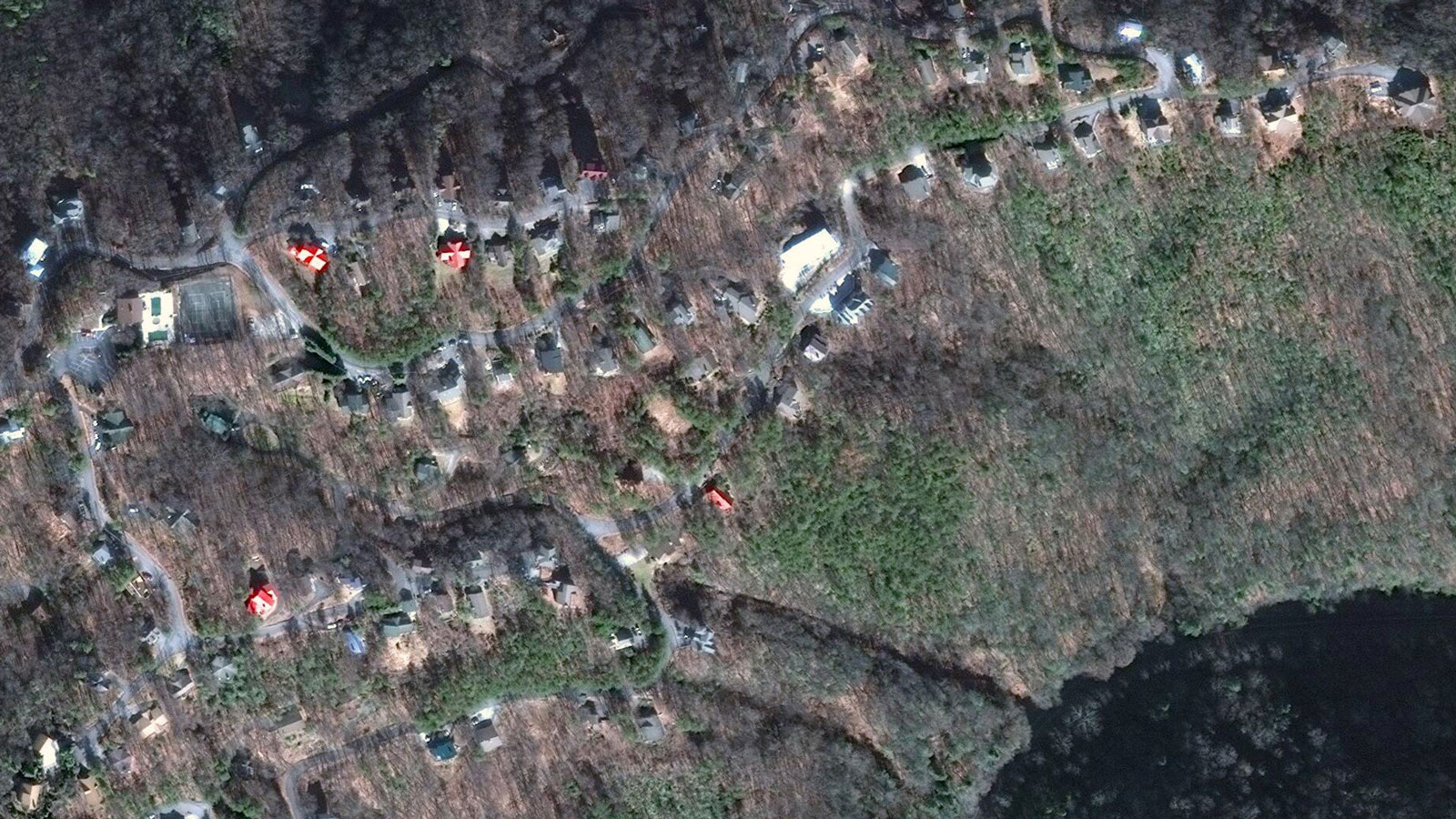 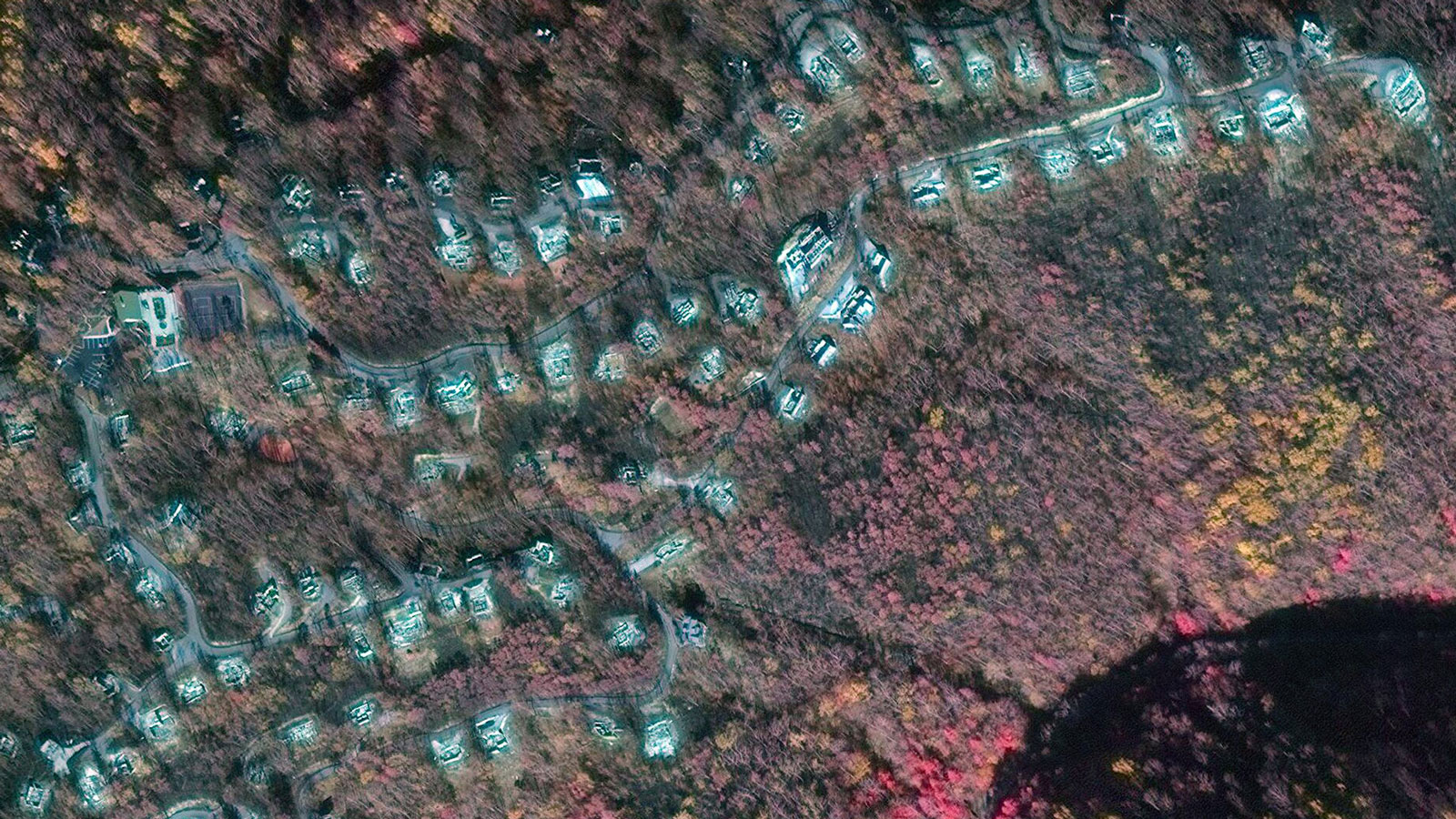 ’Gatlinburg was made to burn’

Grissino-Mayer has studied wildfires for over 30 years and, more specifically, those in the Southeast for 20.

“Gatlinburg was made to burn,” he said.

He says he’s been predicting a fire in the area for 15 years. Residents need to know that they are living in a very fire-prone region because of its proximity to a national forest, he explained.

“This area in the Southeast especially is what we call the wildland-urban interface,” an area where large uninhabited lands neighbor urban development. That region, especially Gatlinburg, “is a very dangerous place.”

Being next to this big, uninhabited forest is the reason people build here, Grissino-Mayer says.

“This is the Southeast at its best,” he said.

And people want to have that rustic feel, he says, so they build beautiful wood homes on a hillside in the forest.

Looking over the Great Smoky Mountains outside Pigeon Forge, Grissino-Mayer points out older trees that have been charred by wildfire in the past four years.

Next to one charred stump, a log cabin is being built. Then he notices a fence that was recently installed alongside the charred remains of the old one. He says people will buy this cabin without realizing that the one before it burned in a wildfire.

“This is fuel,” he said, pointing to the woods. “Everywhere around us is fuel, everything: trees, grass, shrubs, weeds. Everything. … All of this is fuel, and then guess what: All of this fuel butts up to a house made of fuel.”

History in the trees

Tourism in the area really kicked off with the foundation of the Great Smoky Mountains National Park, according to the Gatlinburg Convention and Visitors Bureau. “Many displaced mountain families moved into town to develop new enterprises or take jobs in new hotels and restaurants.”

Grissino-Mayer is one of the world’s leading experts on tree rings. Looking at tree rings across the Great Smoky Mountains, he and his team have found a long history of wildfires.

A slice of a tree has a series of rings, each one representing a year in the growth period of the tree.

In the year of a wildfire, the fire leaves a scar along that ring. By looking at the scars, you can count the number of years between wildfires.

Grissino-Mayer runs his finger along one slice of a tree. From the early 1800s to early 1900s, he says, there was a “low-intensity fire” about every seven years. These aren’t the kind of fires we are used to seeing today: They didn’t roar. Instead, they crept along the understory, the area beneath the tree canopy, near the ground. Fires were smaller because there wasn’t enough fuel on the ground to make them any bigger.

He points to an area near the edge of the slice that has almost no imperfections. This clean area represents almost a century without wildfires.

“We now have, after the last fire, 80 years of fuels built up,” Grissino-Mayer said. “And that means when fires return, it will be much more intense.

“We call that the Smokey Bear effect.”

“Smokey the Bear is probably one of the best educational tools a federal agency has ever come up with,” Grissino-Mayer said.

The ashtray is there for a reason! #TBT to a poster from 1946. pic.twitter.com/mGhOJf42Pc

The US Forest Service’s ad campaign has informed the public that we need to be aware of wildfires and to be better stewards of our forests. However, he said, “Smokey has done his job too well.”

It is now the public perception that wildfires are bad. Actually, he said, they’re beneficial. Forests need fires to recycle nutrients and clear the understory. Many species even require fire to thrive, he says, such as yellow pines, which must have a fire to regenerate.

Dana Soehn agrees – when you talk about fire in relation to the ecosystem, there can be a mixed message when using Smokey the Bear.

However, there have been times that Smokey is a good reminder of what things can cause a wildfire – like cigarette butts and campfires. Recently, Dolly Parton – who owns Dollywood in Pigeon Forge, near Gatlinburg – joined Smokey for a public service announcement that taught people how to prevent wildfires.

Could Gatlinburg fires have been prevented?

“I don’t think (the wildfire) could have been prevented,” Grissino-Mayer said.

CNN/Judson Jones
Karen Summerville, the volunteer coordinator for the Sevier County Humane Society, has managed all of the volunteers coming to local fairground to help take care of animals displaced by the wildfires in Eastern Tennessee.

Soehn and others working the incident also believe there was nothing that could have stopped the extreme winds that rapidly spread the flames.

The fire had been slowly creeping through the understory for days, said Soehn. By Monday morning the fire had only grown to 35 acres and the National Park Service alerted the surrounding communities.
By the afternoon, based on the forecast winds, fire breaks were bulldozed around neighborhoods thought to be in the path of the fire. By 5 p.m. the fire had reached the city limits.

“These were very rare and unprecedented conditions that lead to the destruction,” she said. “The opinions that I have heard from the scientists around me this week say that this is completely unpredictable.” 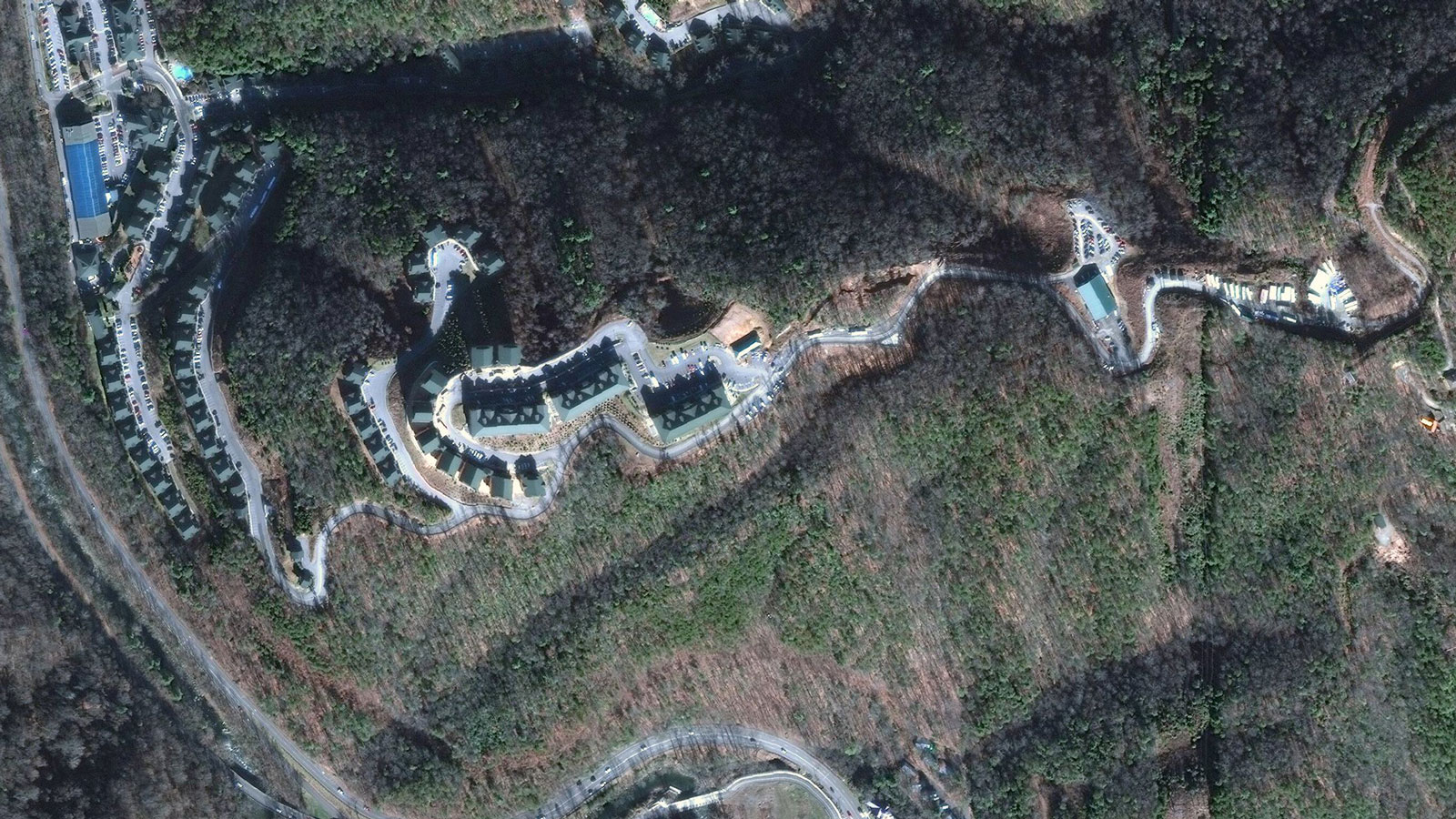 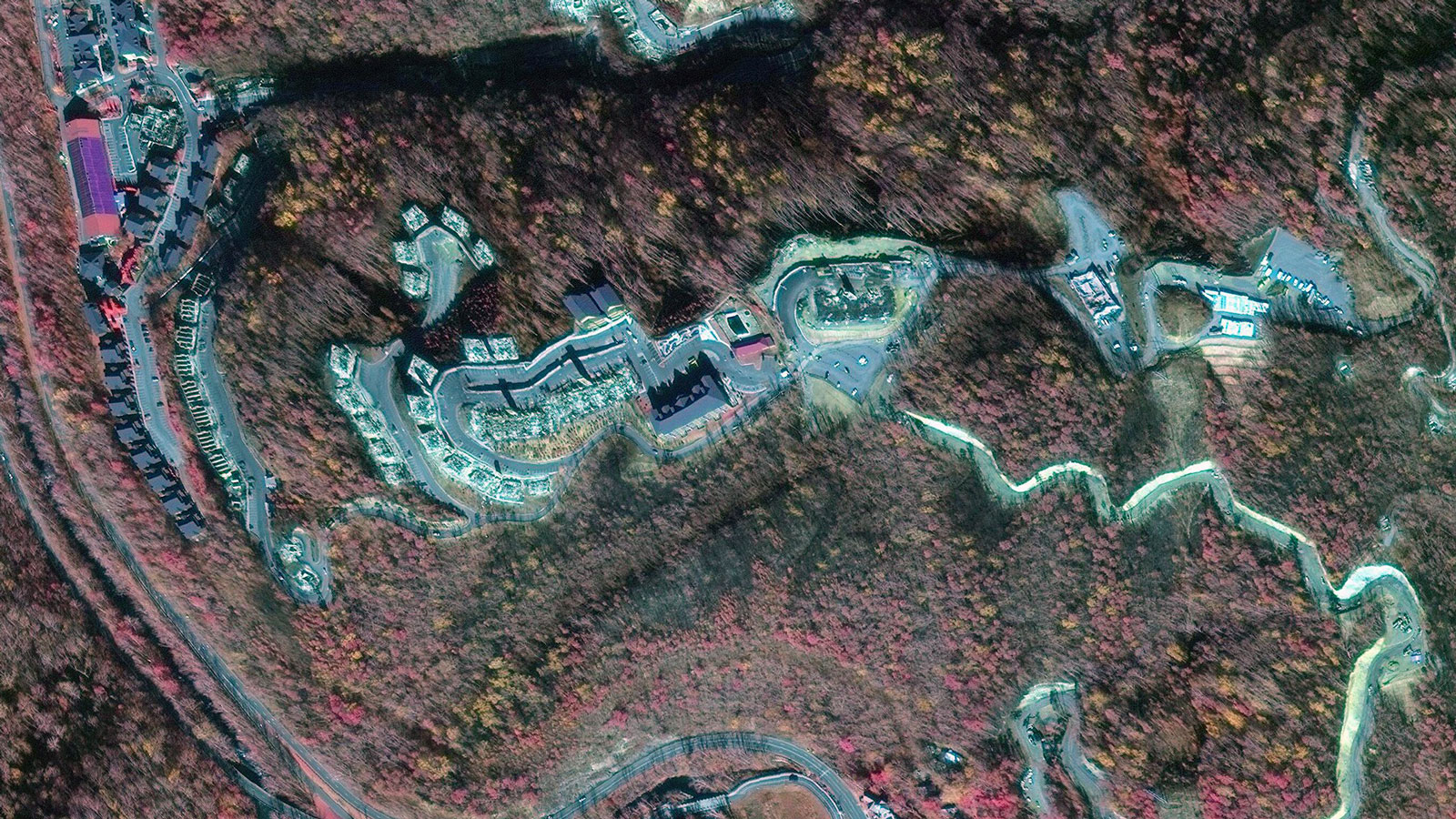 Soehn says the park service is proactive when it comes to education.

“With the way the conditions and winds were in this situation I don’t think this would have helped,” she said.

Grissino-Mayer says Gatlinburg could have probably been evacuated sooner, even though he understands how fast the fire flared.

“It is too soon” to begin to evaluate how things were handled, Soehn says. “But anytime there is a situation like this there is going to be learning points that come out of it.”

After the incident is over there will be teams that evaluate and review response and recovery efforts, she said.

Grissino-Mayer says people must be aware of the environment and the forest in which they live, and they must understand that fire always has been and always will be a part of these forests.