Dictionary.com word of year ‘not to be celebrated’

Wordsmiths of the world, rejoice. Or lament.

Dictionary.com has named “xenophobia” its 2016 Word of the Year. Its definition: “Fear or hatred of foreigners.”

“This particular year saw fear rising to the surface of cultural discourse,” the online dictionary said in a statement.

The single most dramatic spike in searches for “xenophobia” came on June 24 — one day after the UK’s Brexit referendum returned a shocking “yes” vote. That day, searches surged 938%.

Another spike in searches came after President Obama used the word in a speech on June 29 in relation to the “populist” rhetoric of then-US Republican nominee Donald Trump.

That’s not the measure of populism. That’s nativism or xenophobia or worse. Or it’s just cynicism.

Dictionary.com offers two definitions for xenophobia: “fear or hatred of foreigners, people from different cultures, or strangers,” and “fear or dislike of the customs, dress, etc., of people who are culturally different from oneself.”

During his successful campaign for the presidency, Trump called for a ban on Muslims entering the United States and the construction of a border wall to crack down on alleged illegal immigration from Mexico.

The adjective “xenophobic” entered Australian political folklore in 1997 when the co-founder of the right-wing One Nation party, Pauline Hanson, was asked to answer the question on the Australian version of “60 Minutes.”

“Are you xenophobic?” the reporter asked. After a brief pause, Hanson said, “please explain.” 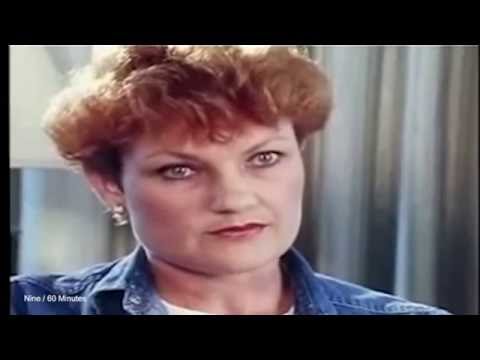 Earlier this month, Oxford Dictionaries named “post-truth” its 2016 Word of the Year, defining it as “relating to or denoting circumstances in which objective facts are less influential in shaping public opinion than appeals to emotion and personal belief.”

In 2015, Dictionary.com crowned “identity” its winning word, citing an increased focus on personal themes of racial and gender identities, and sexual orientation, among the general populace.

In 2014, the site selected “exposure” — a nod to the spread of Ebola in West Africa and the march of ISIS in the Middle East and online, which dominated news headlines.

This year’s choice of xenophobia may indicate something different. Rather than an upswing in social dialogue or the breadth and impact of news, xenophobia — a distillation of a worldwide mood — may represent something deeper and more disquieting.

‘May love of each other replace fear’

Some users on social media were disheartened that the term characterized much of this year’s news, but generally agreed that the choice was an accurate one.

An unfortunately apt word for 2016 Word of the Year: Xenophobia https://t.co/9jtsV5wF9b

“In 2017, may love of each other replace fear,” Cheryl Landes wrote on Twitter.

https://t.co/Gefjn4dBXn’s word of the year is "xenophobia". In 2017, may love of each other replace fear. https://t.co/Xl0TBwHhRY

‘A sentiment to be fought’

In a video posted on Dictionary.com explaining this year’s choice, former US Labor Secretary Robert Reich, who served under President Bill Clinton, analyzed the decision.

“Xenophobia can be seen as a reaction to a rise in globalization,” Reich, now a professor at the University of California, Berkeley, said.

“Such scapegoating is not new in the history of the world, but it is dangerous,” he added, pointing out a recent blaming of diverse multi-ethnic groups for some of today’s economic and social challenges.

“(Xenophobia) divides us. It invites harassment and bullying. Or worse, it turns us from tolerance and empathy to disrespect and hate,” Reich said.

“It is not a word to be celebrated. It’s a sentiment to be fought.”