Thank You!
Your effort and contribution in providing this feedback is much appreciated.
Close
Video Ad Feedback
02:18 - Source: CNN
Your weather forecast will look better soon

It doesn’t matter where you get your weather forecast. With the newest weather satellite in orbit, prediction models will probably improve overnight.

The GOES-R satellite was launched from Cape Canaveral on Saturday afternoon atop an Atlas V 541 rocket. It’s the first of three satellites being built to replace the aging United States weather satellite system.

Once the satellite reaches orbit, it will change names from GOES-R to GOES-16 and become the 16th geostationary weather satellite in US history.

“This spacecraft will impact 300 million people a day,” said Tim Gasparrini, the GOES-R project manager and employee of Lockheed Martin, which assembled the satellite. NASA and the National Oceanic and Atmospheric Administration (NOAA) are leading the effort.

Ever watched an old standard-definition video on a high-definition TV? Current weather models are in a similar situation: We have improved HD weather models, but we are still shooting with an SD camera.

The first geostationary weather satellite images were “grainy, very low-resolution; they are going to be absolutely nothing like the images you are going to be seeing off of GOES-R,” Gasparrini said. 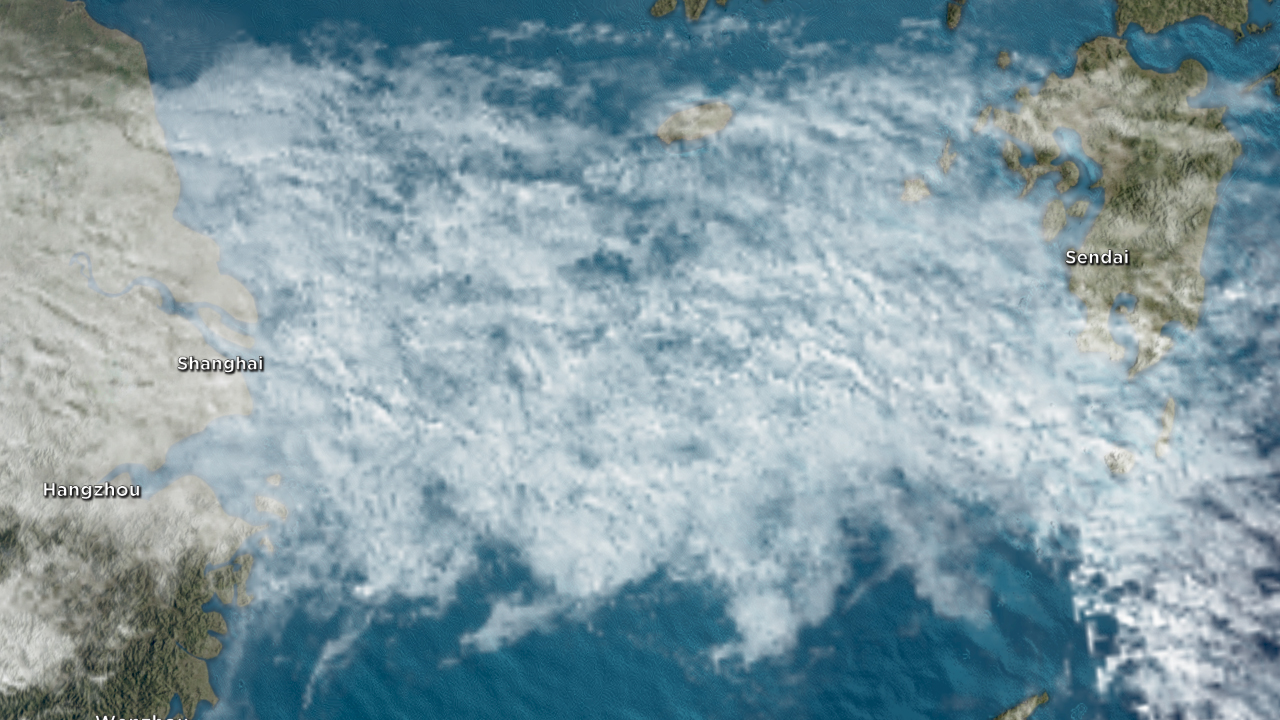 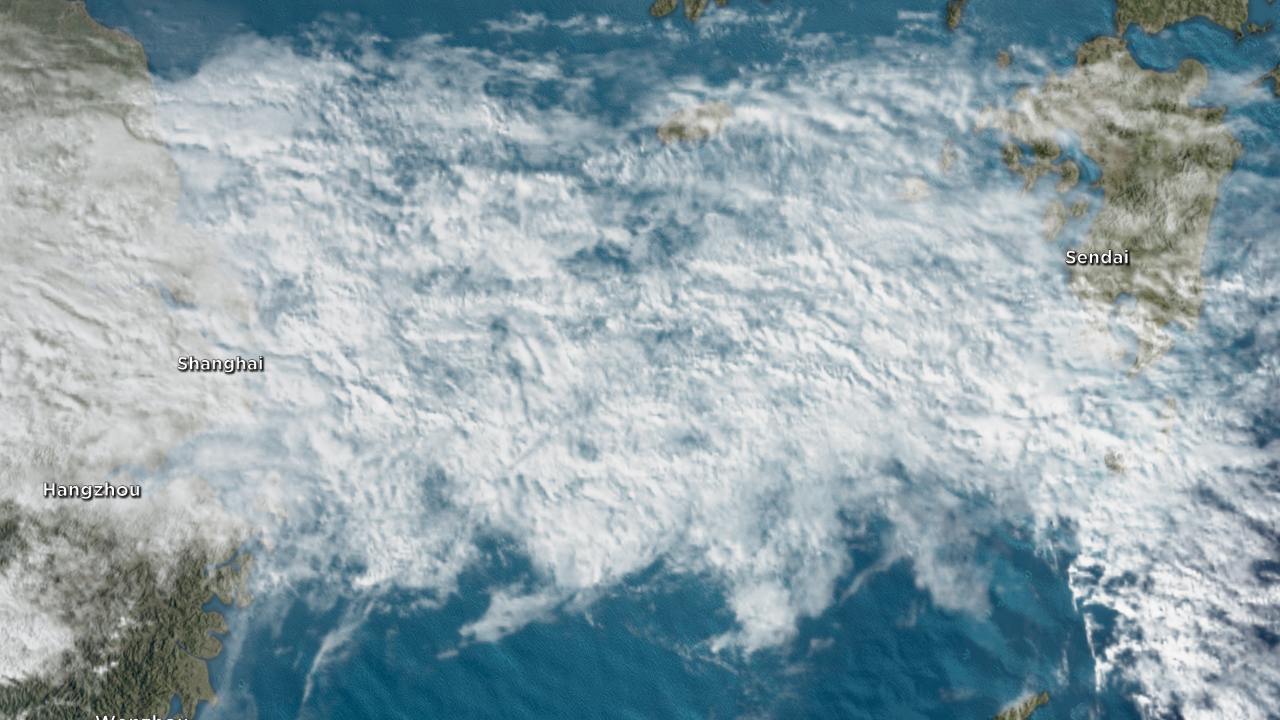 On the left is an example from a lower-resolution satellite, like what the US currently has in space. On the right is a higher-resolution image similar to what will be captured by GOES-R.

With these improved detailed pictures and measurements of the atmosphere, the forecast models will have more precise data. This will not only help scientists with a day-to-day forecast, but it will help with tracking severe storms and creating better hurricane forecast tracks.

GOES-R will be able to capture all the details of US weather in the same time it takes the current GOES satellites to produce one small image of a stormy region.

With the current series of satellites, images of Earth are taken every 30 minutes, and the United States is scanned every 15 minutes. During a period of active weather, the satellites are placed in a position to scan one region every five minutes. Unfortunately, none of this can happen at the same time, and the period between scans leaves out valuable information for weather forecasters.

GOES-R imaging capabilities are much faster and broader, capturing an entire full-disk image of the Earth (in ultra high definition) every five minutes.

This near-real-time imagery, as well as a new lightning mapper to highlight strikes, will help meteorologists see which storms are strengthening or weakening, improving lead times for warnings of severe storms. (Data will be available to the public on a NOAA web site.)

Currently, the average lead time for tornado warnings is 13 minutes, but with the launch of GOES-R, meteorologists believe that could improve with a significantly longer lead time. They hope to give people more time to take cover from tornadoes, flash floods and even dust storms. It also means there could be fewer “false warnings,” when warnings are issued but no tornado occurs.

GOES-R will be able to measure cloud thickness and atmospheric moisture, track lightning and even monitor dangerous levels of air pollution.

The satellite will monitor the “weather” of outer space. It will capture more advanced images of the sun and will be able to take other crucial measurements of space weather that could threaten Earth, disable communication systems, interrupt power utilities and even disrupt our navigation systems.

NASA and NOAA will do six months of tests to prepare the satellite for everyday operation. Once it is operational, all meteorologists and scientists will be able to access all of its data. And most believe that weather forecasts will improve almost immediately after testing is complete.

Doomed by a fingerprint?

Billions of dollars, years of tedious tinkering and calculation, and a lot of hard work could literally go up in smoke. The Atlas V rocket has a great track record, but of course anything could go wrong. And if the solar array doesn’t extend like scientists expect, the satellite might never reach the right location.

Anyone who got near the satellite during its construction had to wear a special suit. There was a rule of thumb for those working on it, especially near the sensors: “One fingerprint a meter away from an instrument can contaminate it such that it can’t meet its requirements,” Gasparrini said.

The financial consequences are obvious. However, a system failure could bring other issues. The current series of GOES satellites are outdated and may have operational issues at any moment, proving detrimental to the forecasting capabilities of the National Weather Service and local forecasters. They would have to rely on smaller satellites that may not give a broad and accurate range of data in such a fast turnaround.

Fortunately, there is a backup satellite (GOES-S), but even that would take months (if not years) to be made operational.

Although basic at first, weather satellites have been pivotal in keeping an eye on our weather since 1960, with the launch of Tiros-1. This polar orbiting satellite – which circles the Earth rather than remaining in one place – was rudimentary by today’s standards, with two television cameras that took pictures of different location on earth for 78 days. Even though the images beamed back to Earth were basic, they were vital for the improvement of weather observations and forecasts worldwide.

The GOES network has been monitoring the Earth’s atmosphere since the mid-1970s.

Unlike polar-orbiting satellites, GOES craft – the name is an acronym for Geostationary Operational Environmental Satellite – were sent into space to monitor the United States continually.

“Geostationary” means the satellite rotates at the same speed as the Earth, in this case hovering 22,300 miles above the equator. This “geosynchronous orbit” means it remains stationary in relation to a fixed point on the Earth’s surface.

Scientists believe that failing to upgrade the United States’ weather satellites will leave the nation vulnerable in a time when storms are getting stronger.

Billion-dollar disasters are on the rise, and the need for updated weather technology is critical. Not only will GOES-R provide forecasters better tools for predicting disastrous weather events, but everyone will have better information on a day-to-day basis that can benefit our health and well-being.

Human-induced climate change has been on the forefront of research over the past few decades. The planet has been warming at alarming rates, but direct physical measurements can’t be taken from every location on Earth.

GOES-R will help alleviate this issue, while the data it collects are ingested into long-term climate modeling to identify how climate change will influence our lives.