Giant sinkhole in Japan repaired in matter of days

Hole appeared after nearby subway construction thought to have caused subsidence

In the end, it disappeared almost as quickly as it had appeared.

A giant sinkhole which swallowed a chunk of road the length of a city block in the southwestern Japanese city of Fukuoka has been filled mere days after it appeared, a testament to Japanese engineering and efficiency. 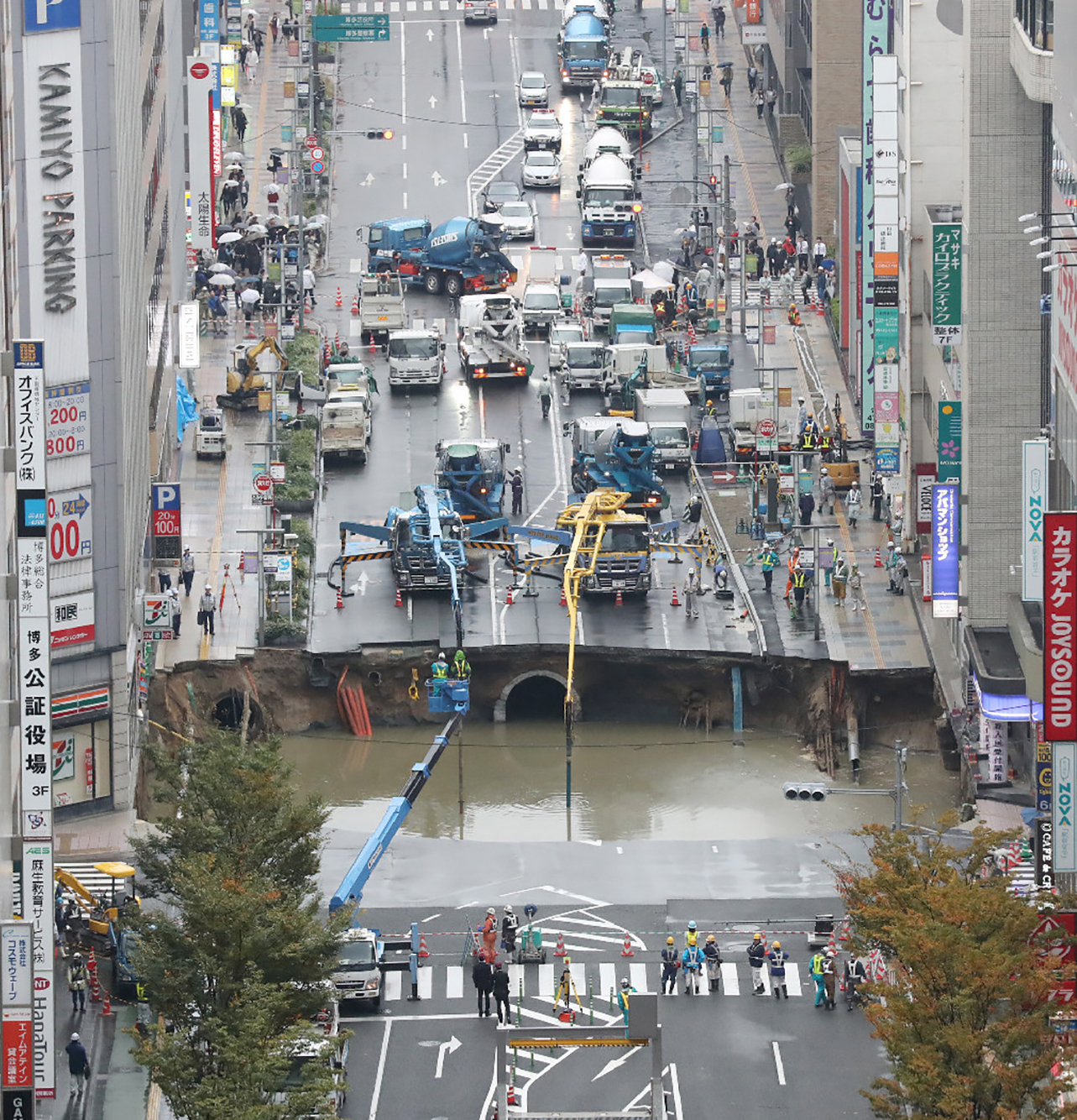 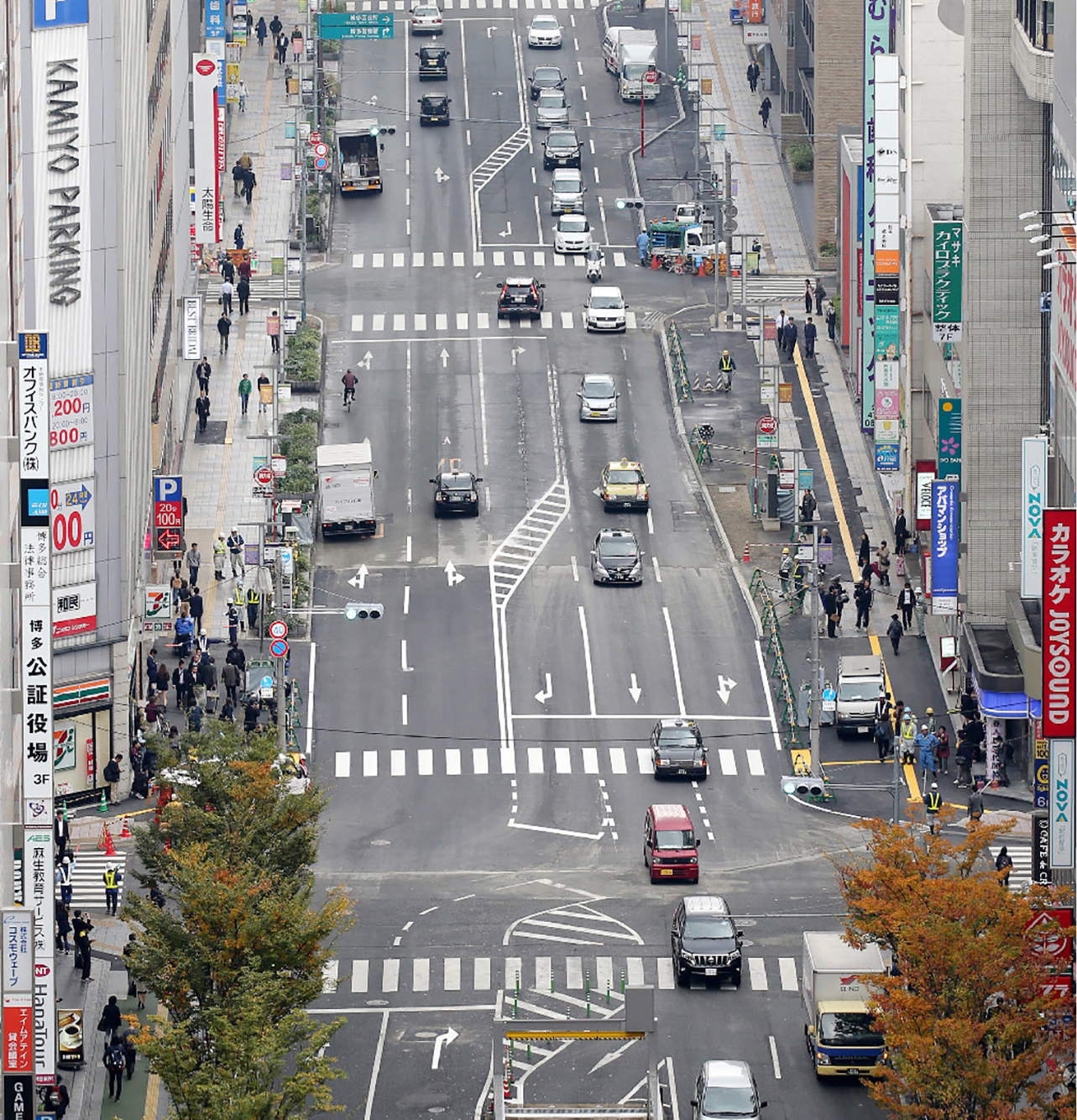 After the sinkhole appeared on November 8, subcontractors worked around the clock to fill in the 30 meter (98 ft) wide, 15 meter (50 ft) deep hole by the 12th with a mixture of sand and cement. The job was complicated by the water which had seeped in from sewage pipes destroyed by collapsing sections of road.

After that it only took another 48 hours to reinstall all utilities – electricity, water, sewage, gas and telecommunication lines – and to resurface the road. There were no reports of injuries.

City officials were working nearby to extend the subway from a nearby station to the city center along a 1.4-kilometer (0.86 mile) route.

Will Barker/Instagram
A giant sinkhole has opened up in Fukuoka, Japan, swallowing huge sections of road including traffic lights, near to underground work to extend a subway tunnel. Will Barker was close to Hakata Station and captured this image, showing emergency vehicles blocking access to the road. He told CNN: The hole was interesting, so I went to investigate.

Motohisa Oda, a crisis management officer from the city of Fukuoka, told CNN that the underground construction work may have triggered the collapse.

The gaping hole – which started off as two smaller ones before merging into the larger cavity – appeared 300 meters from the JR Hakata station, one of the city’s main transport hubs.

The mayor of Fukuoka, Soichiro Takashima, said the affected ground had been strengthened by a factor of 30 because of the sand and cement refill.

Previously comprised largely of sand, the soil’s composition was suspected to be a part of the cause for the huge hole, according to local civil engineering experts.