Robert Vaughn, who played a slick spy on TV’s “The Man From U.N.C.L.E.,” died Friday, his manager, Matthew Sullivan, told CNN. He was 83.

Vaughn had been ill with acute leukemia and was receiving treatment in recent months.

A New York native, Vaughn was born to parents who were already in show business.

His mother, Marcella Vaughn, was an actress on stage and his father, Walter Vaughn, was a radio actor. His parents divorced when he was young.

As a teen Vaughn moved to Los Angeles to live with his mother and obtained a degree in theater from Los Angeles City College in 1956.

He was drafted into the military and served as a drill instructor in the Army.

Vaughn dived into acting after his military service ended and in 1960, his role as Chet in the film “The Young Philadelphians” earned him a best supporting actor Academy Award nomination.

More roles followed in films like “The Magnificent Seven” and in TV series including “The Dick Van Dyke Show.”

But it was his performance as a suave spy in “The Man From U.N.C.L.E.,” which defined Vaughn as a star.

“I said ‘It’s James Bond on television,’ and [co-creator Norman Felton] said ‘That’s it,’” Vaughn recalled in an interview with the Television Academy about how he got the role. “He said, ‘But don’t say that. [James Bond] creator Ian Fleming and I are friends and that might cause problems.’”

Robert Vaughn discusses getting cast on "The Man from U.N.C.L.E." - EMMYTVLEGENDS.ORG 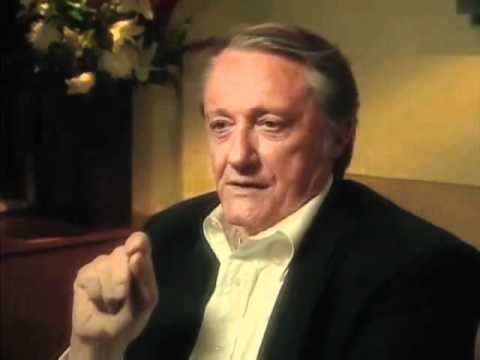 Vaughn continued working throughout his life in films like “Superman III” and “The Towering Inferno” and, more recently, in TV shows including “Murder She Wrote” and “Law & Order.”

He is survived by his wife, Linda, and two children, Cassidy and Caitlin Vaughn.