Trump’s challenge: Can he stop conflict in the South China Sea? 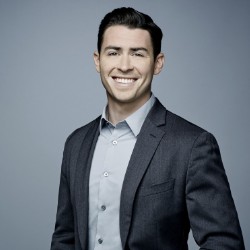 United States President-elect Donald Trump will have a lot of global challenges to deal with, and China is one of them. Here’s what you need to know.

“We can’t continue to allow China to rape our country, and that’s what they’re doing,” Trump said at a rally in Indiana in May.

One statistic that sums up the China issue

$659,000,000,000: That’s the total trade value of goods and services between the US and China. Their economic relationship is crucial not only to each country’s financial health but to the global economy as well.

But rarely, if ever, have two global powers been so intrinsically linked economically while sitting on different sides of so many other issues.

Start with the South China Sea, one of the world’s tensest geopolitical situations. China’s aggressive seizures of land and building of artificial islands have caused alarm in the United States. The fear in Washington is that China could become a de facto hegemonic power, coming to dominate Southeast Asian nations who have competing territorial claims in the area but no real military might with which to back them up.

The South China Sea is also one of the world’s most important shipping waterways. Trillions of dollars of goods pass through it every year – and the US is concerned that China’s expansion could eventually allow them to control the waterways outright, and therefore the ability to impact the free flow of trade.

There are a host of other China issues facing Trump, including cyber security concerns and fears of Chinese currency manipulation. Many economists have said China’s ongoing economic slowdown could have negative effects globally. And China’s massive consumption of coal is contributing to global warming.

What should be Trump’s top priority on China in the first 100 days?

The most immediate concern might not actually be China itself. Instead, look to the Philippines, where President Rodrigo Duterte is reversing decades of foreign policy tradition.

The US sees the Philippines as perhaps its strongest ally in Southeast Asia. But on a recent trip to Beijing, Duterte said he wants “separation from the United States,” both economically and militarily, and pursue closer relations with China.

What happens next could alter the balance of power in the South China Sea. Dealing with the surprise change in the Philippine-US relationship – and how that might affect China’s regional ambitions – should be a top priority for Trump.

Both candidates had tough talk for China on the campaign trail.

Trump has focused his attacks mainly on China’s economy, saying that Chinese economic policies have been responsible for millions of American jobs that have left the country. In May, he said: “We can’t continue to allow China to rape our country, and that’s what they’re doing.” Strong rhetoric like that might make the first meeting between President Trump and President Xi Jinping awkward, to say the least.

Can Trump fix this in the first term?

No. Both countries are playing the long game in the South China Sea. China’s new artificial islands, and the military equipment it has installed on them, aren’t going away anytime soon. And the US military, under a policy established with the help of then Secretary of State Clinton, has shifted more of its focus to China.

These are both long-term strategies, and both countries have the resources to implement them. Two global powers competing for influence over one of the world’s key strategic waterways is a struggle that will likely play out for some time.

How big a priority is China for CNN readers?

China is the number two international priority, according to a very unscientific poll of CNN readers who took part in our interactive feature on the 10 biggest global challenges facing the next President.

What’s your biggest priority for President-elect Trump? Take our quiz and let us know.