Common reflects on black America, Obama’s legacy and the silver lining of Trump

Common told CNN he is voting for Hillary Clinton

Amid a contentious presidential election where debates over racism, policy brutality and mass incarceration have taken center stage amid a tense political climate, rapper and actor Common has a message of hope.

In his newest album, “Black America Again,” which is out Friday, the Grammy-winning artist reflects on the pain that has plagued some African American communities over generations – from slavery, to Jim Crow, to mass incarceration, inner city violence, police brutality and poverty – and he hails the strength, resilience and successes that have uplifted and empowered his community. 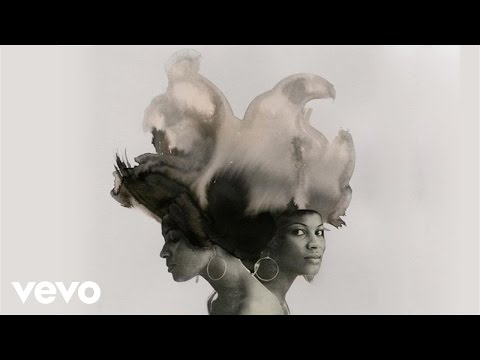 The November 4 album release also coincides with the eight-year anniversary of the election of President Barack Obama.

Common, who won an Oscar with John Legend for the song “Glory,” which appears in the 2014 movie “Selma,” blended elements of hip-hop, jazz and blues and collaborated with artists like Stevie Wonder for his newest release.

“I felt like we really wanted to say something during this time that can be uplifting, that can be inspirational, that can bring people together, than can be a call to action,” Common said, adding, “In the most difficult of situations there’s always hope.”

CHECK OUT: Our CNN Politics original series, where artists #GetPolitical

The silver lining of Donald Trump

Donald Trump’s rhetoric related to minority groups in America has brought to light prejudices and racism that have been “bubbling under” for decades Common said, but added that there is a silver lining because “sometimes it has to go to that dark place for us to get to that light.”

The rapper said that furor over the election of the first black President and the rise of Trump unleashed racism that had already existed underground in America, but this has allowed the country to have an honest conversation about race.

Race and racism in the 2016 campaign

“(Trump) supports some of the racist ideals that this country does have and we’ve got to acknowledge that,” Common said, “And I don’t think it’s a bad thing that this is brought out … because we need to know it exists and stop acting like it doesn’t and not be fooled because President Obama was in office.”

Common said some Americans initially thought that racism is largely behind us when Obama was elected in 2008, but he added the challenges that Obama faced as the first black President and the uprising of racism that persisted throughout his presidency, proves otherwise.

According to a CNN/ORC poll released in October, a majority of Americans say relations between blacks and whites in the US have worsened under President Obama.

“When change happens, everybody’s not going to sit down and be quiet, especially if it’s bubbling under and people have that layer of prejudice and hatred and racism,” Common said. “It’s gonna come out at some point.”

On Clinton: ‘Hold her accountable’

Common, who endorsed the Democratic Party’s presidential nominee Hillary Clinton, said that voters who are jaded by the political system should not withhold their votes, but become even more politically active and aware of local elections.

The rapper, who has been a prominent activist against police brutality and mass incarceration, said Americans can usher in change by exercising their right to vote – not only for the highest office in the land, but for district attorneys, mayors and other local officials who will ensure that the civil rights of Americans are protected.

The rapper said that Clinton is more aligned with Obama’s agenda and having a Democratic administration in the White House in 2017 is the best chance to build on and preserve Obama’s legacy on issues like criminal justice reform.

He said he is looking forward to seeing a woman president and “Black America Again” includes a song called “The Day Women Took Over.”

“If she even thinks about going to a second term and she doesn’t do the things that we want, then we make sure that she’s not a president again,” Common said, “but if you allow Donald Trump to get into office then it’s going to be a really tough time in this country.”

In 2008, Obama’s “Hope and Change” slogan colored the lawns and the cars of thousands and thousands of Americans and the iconic portrait of the candidate in red and blue with the word “hope” sprung up on T-shirts, posters and even newly inked tattoos across America.

But once Obama took office and gridlock in Congress persisted, tough political realities settled in and for many, the idealism surrounding Obama’s presidency evaporated.

But for Common, who was one of Obama’s most vocal supporters in 2007, the outgoing President “still represents hope.”

“Obama still represents hope because he is a symbol and the true expression of where we can reach,” the Chicago rapper said. “Little young Latino girls know that they can be president because of Obama. He broke the whole mold.”

Obama to black voters: Trump would undo my legacy

Common acknowledged that Obama was unable to accomplish everything he set out to achieve, but said he expects the President to build on his legacy and remain connected to causes he cares about like the “My Brother’s Keeper” initiative once he leaves office.

“As a black man, I know that (Obama) has represented black people in a beautiful way,” Common said, “and we thank him for all his hard work, his commitment, his heart and his spirit … he empowered all of us.”