Drew Barrymore says everyone must vote this election: ‘There’s so much at stake’

Drew Barrymore is urging everyone to get out and vote

Drew Barrymore wants you to get out and vote.

The actress has been on a mission to get young voters to the polls since making her documentary, “The Best Place to Start” in 2003. Barrymore tells CNN that for the millennials who think their vote doesn’t count, they’re wrong.

“[Whoever gets elected] affects everything,” she said. “You really do convince yourself that, where you shop, the air you breathe, the way you sleep, that all these things aren’t affected by voting and they absolutely are.”

Barrymore, who cast her vote for the presidential election in early voting, said that this year’s election is critical.

“There’s so much at stake with global affairs, the Supreme Court, environmental [issues],” she said. “Your vote counts the most in this election because nothing is a guarantee. Not your state, the way it swings. Not your candidate, nothing. Everything is completely intangible right now. So I feel like, instead of it being the vitriol, it’s empowering. This is the most every vote counts.”

The importance of voting clicked for Barrymore, she said, when she visited Selma, Alabama for the first time – the site of many marches during the Civil Rights movement that led up to the Voting Rights Act in 1965.

“That, for me, was the catalyst for making me feel like it was my responsibility [to vote],” she said. “But not in a bad way, in a beautiful, blessed way. It was a blessing and a responsibility.”

THE BEST PLACE TO START 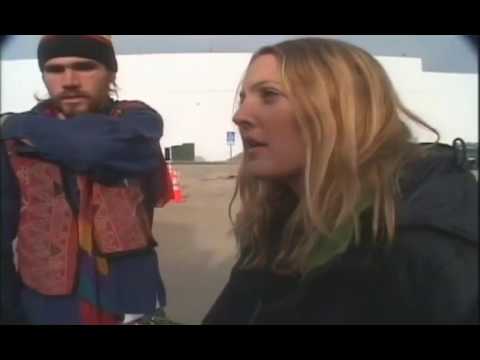 Barrymore hopes more parents will talk to their children about the importance of voting. Her children are still quite young, but she said it’s never too early to start discussions.

“Talk to your kids about voting,” Barrymore said. “I wish I had parents who got me into it earlier. [My kids] came with me when I voted and I let them wear my stickers. I totally talk to them about it already.”

For Barrymore, it’s simple: “Make the effort and energy to go and try to pick good people to protect us, and watch out for us, and lead us and guide us. We fundamentally need to exercise that right.”