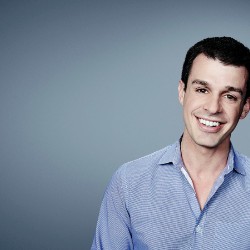 By Ben Tinker, CNN
Updated 9:39 AM EDT, Thu June 29, 2017
PHOTO: American Cancer Society/Getty Images
390487 02: (FILE PHOTO) Close up of cancer cells in the cervix. Cancer of the uterine cervix, the portion of the uterus that is attached to the top of the vagina. (Photo by American Cancer Society/Getty Images)
Now playing
01:41
Study: Lifestyle has a bigger role in causing cancer
PHOTO: CNN
Now playing
02:13
Why losing weight might protect you from Covid-19
PHOTO: DENIS CHARLET/AFP/AFP/Getty Images
A selection of fruit ready to eat are displayed at a fruit and vegetable shop on April 12, 2016 in Lille, northern France. / AFP / DENIS CHARLET (Photo credit should read DENIS CHARLET/AFP/Getty Images)
Now playing
01:27
New diet can save lives and the planet, study says
PHOTO: CNN
this is your brain on pain health orig_00001025.jpg
Now playing
01:39
This is your brain on pain
Now playing
01:42
Here's why you can't stop eating pizza, ice cream and chocolate chip cookies
Now playing
01:10
Trouble sleeping? This may be why
PHOTO: CNN
Now playing
02:40
The reality of wine's health benefits
PHOTO: shutterstock
Now playing
01:49
These foods aren't as healthy as you think
PHOTO: Shutterstock
Americans are still too fat according to a new study from JAMA. Two in three of Americans are registering as overweight or obese.
Now playing
01:15
What is obesity?
PHOTO: CNN
Now playing
01:17
Why your BMI matters
PHOTO: Bruno Vincent/Getty Images Europe/Getty Images
LONDON - MAY 16: In this photo illustration a cigarette is seen burning on May 16, 2007 in London. Businesses and shops are gearing up for the introduction of the smoking ban on July 1 in England after similar bans have been introduced in Ireland, Scotland and Wales. (Photo Illustration by Bruno Vincent/Getty Images)
Now playing
01:07
What tobacco does to your health (2017)
PHOTO: Photo Illustration/Thinkstock
Now playing
01:12
World blood pressure rises (2016)
PHOTO: Getty Images/File
Woman pointing to area on mammogram x-ray, close-up
Now playing
01:19
Breast cancer: Know the facts
PHOTO: JEFF PACHOUD/AFP/AFP/Getty Images
A surgeon sitting in front of screens of a Focal One device performs a robot-assisted prostate tumorectomy using ultrasound imaging on April 10, 2014 at the Edouard Herriot hospital in Lyon, center France. Focal One is the first robotic HIFU (high intensity focused ultrasound) device dedicated to the focal approach for prostate cancer therapy. According to EDAP TMS SA, a leader in therapeutic ultrasound, it combines the three essential components to efficiently perform a focal treatment: state-of-the-art imaging to localized tumors with the use of magnetic resonance imaging (MRI) combined with real-time ultrasound, utmost precision of robotic HIFU treatment focused only on identified targeted cancer areas, and immediate feedback on treatment efficacy utilizing Contrast-Enhanced Ultrasound Imaging. AFP PHOTO / JEFF PACHOUD (Photo credit should read JEFF PACHOUD/AFP/Getty Images)
Now playing
01:21
What is prostate cancer?
PHOTO: Argosy
Now playing
00:53
What is Parkinson's disease?
Now playing
01:38
How Alzheimer's destroys the brain

Seven substances added to the government's 14th Report on Carcinogens

This brings its total number of known human carcinogens to 248

The US Department of Health and Human Services released its 14th Report on Carcinogens in November, including seven “newly reviewed” substances, bringing its total number of known human carcinogens to 248.

These viruses have been linked to more than 20 kinds of cancer, according to the report, including non-melanoma skin cancer, eye cancer, lung cancer, stomach cancer and multiple types of lymphoma.

“Given that approximately 12% of human cancers worldwide are attributed to viruses, and there are no vaccines currently available for these five viruses, prevention strategies to reduce the infections that can lead to cancer are even more critical,” said Linda Birnbaum, director of the National Institute of Environmental Health Sciences and the National Toxicology Program, in a statement.

“HIV/AIDS, for example … attacks the body’s immune system, which plays an important role in surveillance against cancers,” Birnbaum told CNN. “If you have a weakened immune system, you’re more likely to be at risk for certain types of cancers.”

Additionally, trichloroethylene, or TCE – “an industrial solvent primarily used to make hydrofluorocarbon chemicals” – is now classified as carcinogenic to humans.

“There are many ways people can be exposed to TCE,” according to the report. “It can be released into the air, water and soil at places where it is produced or used. It breaks down slowly and can move readily through the soil to make its way into underground drinking water sources. Because of its widespread use as a metal degreasing agent to maintain military equipment, it has been found in the groundwater at many military and Superfund sites.”

The metallic element cobalt and cobalt compounds that release cobalt ions in vivo – or, inside the body – are now classified as “reasonably anticipated to be a human carcinogen.”

“Cobalt is a naturally occurring element used to make metal alloys and other metal compounds, such as military equipment and rechargeable batteries,” according to the report. “The highest exposure occurs in the workplace and from failed surgical implants.”

Cobalt’s classification in this report “does not include vitamin B12, because cobalt in this essential nutrient is bound to protein and does not release cobalt ions.”

Even if you are exposed to something known to be carcinogenic – whether it be a virus, a chemical or radiation – it does not necessarily mean you are going to develop cancer.

“Most people now know that smoking causes lung cancer, but only 11% of smokers get lung cancer,” Birnbaum said. “Some people are more susceptible because of genetic, lifestyle, nutrition or age when the exposure occurs.”

Bottom line: Researchers recommend that people talk to their health care providers about minimizing their behavioral risks. When it comes to the new viral additions to this list, that largely means practicing safe sex and abstaining from sharing needles.

“Grandma said, ‘an ounce of prevention is worth a pound of cure,’ ” Birnbaum said. “I’m a big believer in that.”