Battle for Mosul: Inside US outpost directing war against ISIS 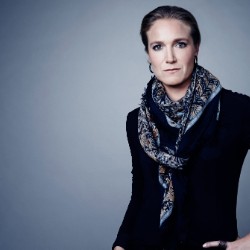 Coalition forces say the toughest battle lies ahead: inside Mosul itself

The person speaking is a US soldier stationed at one of a multitude of monitors tracking the flight of drones in the skies above Mosul, Iraq. In front of him is Gen. Nejim al Jobouri, the head of the operation to retake Mosul for the Iraqi army.

They’re in a crowded operations room at the sprawling Qayyara West Airbase, 31 miles (50 kilometers) south of Mosul. It’s the nerve-center of the campaign to obliterate ISIS fighters, their weapons caches, bomb factories and tunnels around the city.

“Countdown 40 seconds,” the same soldier at the monitors announces.

The target is a group of militants traveling near Mosul. They have no idea they’re in the cross hairs of a US drone armed with a payload of missiles.

Battle for Mosul: All you need to know

Related Video Military strategies in the fight for Mosul

Suddenly, a massive detonation flashes across a screen, followed by a few muted cheers and some back-slapping. The target has been destroyed.

The operations room is the clearest visible example of cooperation between the US contingent here and the Iraqi military command. But Qayyara West – an old Saddam Hussein-era airbase that was occupied by US forces after the 2003 invasion – is about much more than coordinating air strikes.

In another part of the base, an array of artillery weapons are pointed to the north. Historically, artillery has poor accuracy over long distance. But not this weapon – the High Mobility Artillery Rocket System is all about precision.

“We are the furthest-reaching artillery system on the battlefield,” he tells us. “It’s highly accurate, highly precise … Our system reduces the collateral damage because there are a lot of urban targets we are prosecuting.”

ISIS held Qayyara West for two years after sweeping south through Iraq in the summer of 2014. During their occupation of the base, they destroyed the main runway, piling up mounds of earth and planting bombs within them. Buildings also were booby-trapped.

The militants retreated from the base in August, replaced by hundreds of US troops – or “advisers.” Some sleep in tents, others in bunkers, while Iraqi forces occupy a different part of the base.

Besides being on alert for rocket attacks from the remnants of ISIS fighters still within range of the base, US personnel on the base carry gas masks with them – not so much because of the risk of attack by crude chemical devices on rockets – but because ISIS ignited an old sulphur plant north of the base. Clouds of noxious smoke drift toward the base when the wind is blowing in the wrong direction.

The forces here – US and Iraqi – are now preparing for the next stage of the offensive that will bring Iraqi and Kurdish Peshmerga forces to the gates of Mosul on three sides of the densely packed city, where as many as 1.2 million civilians still live under ISIS control.

Al Jobouri slips out of the operations room for a quick cigarette; it’s difficult to find a commander – Iraqi or Peshmerga – that doesn’t smoke. He thinks the offensive is going well but worries about the next stage – saying that as it retreats, ISIS is driving civilians back into Mosul from outlying villages, and using them as cover.

The general is well aware that ISIS is a resourceful enemy capable of hitting back. He suddenly yells into his cellphone: “You guys need to get them out of there!” They have been flanked by 15 Daesh and I don’t want to hear bad news.”

PHOTO: Hamdi Alkhshali/CNN
Hundreds of US troops are helping to direct the campaign to re-take Mosul

Some of his men clearly have become trapped.

“I don’t care, Fire from artillery; do anything – just get them out of there,” he continues.

Both US and Iraqi officers know that the campaign to expel ISIS from Mosul will only get tougher.

“The fire support we have been providing for this operation has been impressive. Since the Mosul liberation took off we have dropped about 1,700 munitions,” coalition spokesman Maj. Christopher Parker tells CNN.

But he acknowledges that “when the operation gets to Mosul, it gets very complicated.”

“The civilian population does complicate the situation and avoiding civilian casualties is a very high priority,” adds Parker. “So we will change the way we do our targeting. We might have a schedule that we’d like to see but war is fought based on conditions on the ground.”

Air power will be much more difficult to use in a crowded urban environment. ISIS’ defenses – built up over two years – will be thicker and deadlier. There already are reports from inside the city that ISIS has moved Katyusha rocket systems to the outskirts, as well as dozens of vehicle-born suicide bombs.

One hope is that as the offensive nears the city’s outskirts, resistance inside will grow. Sources inside the city have reported a gun battle that killed several ISIS fighters in a neighborhood on the city’s southern fringe early Monday. Reports suggested ISIS later arrested nearly 100 men in the area.

As yet, it seems the terror group has not lost its nerve, and is determined to inflict heavy casualties on the enemy at its gates.