Thank You!
Your effort and contribution in providing this feedback is much appreciated.
Close
Video Ad Feedback
01:06 - Source: CNN
Ghostly new video shows Aleppo in ruins

Aleppo: Who still lives in this decimated city – and why?

Imagine New York City getting annihilated by airstrikes. Or London being wiped off the map.

“Between now and December, if we cannot find a solution, Aleppo will not be there anymore,” UN Special Envoy for Syria Staffan de Mistura said in October.

Yet more than 1 million people remain, unsure when or where the next bomb will strike.

Here’s what their city looks like – and why they’re still there.

Aleppo went from a bustling metropolis of more than 2 million people – about the size of Houston – to a devastated war zone in five years. Entire blocks of buildings are reduced to rubble. 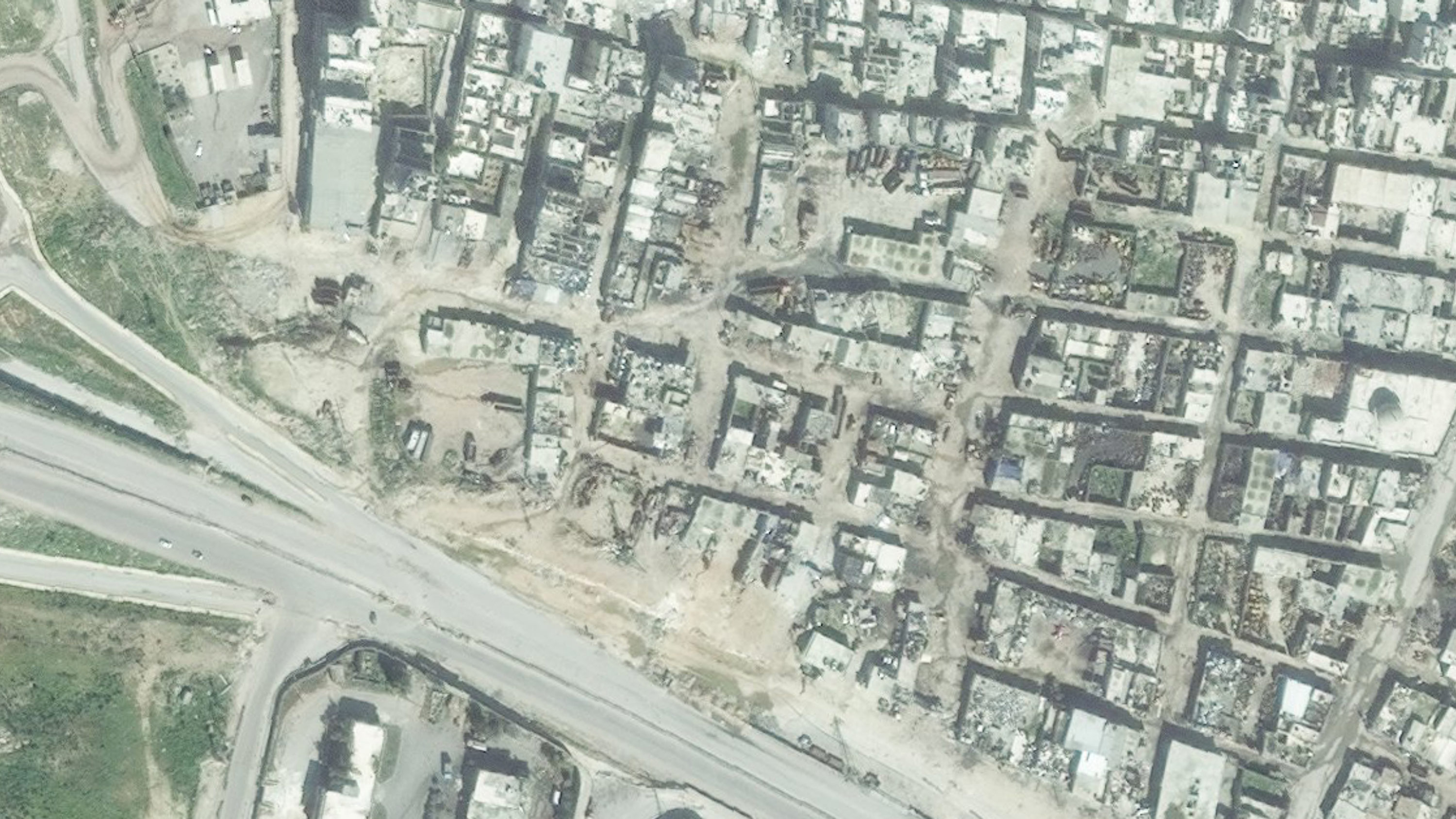 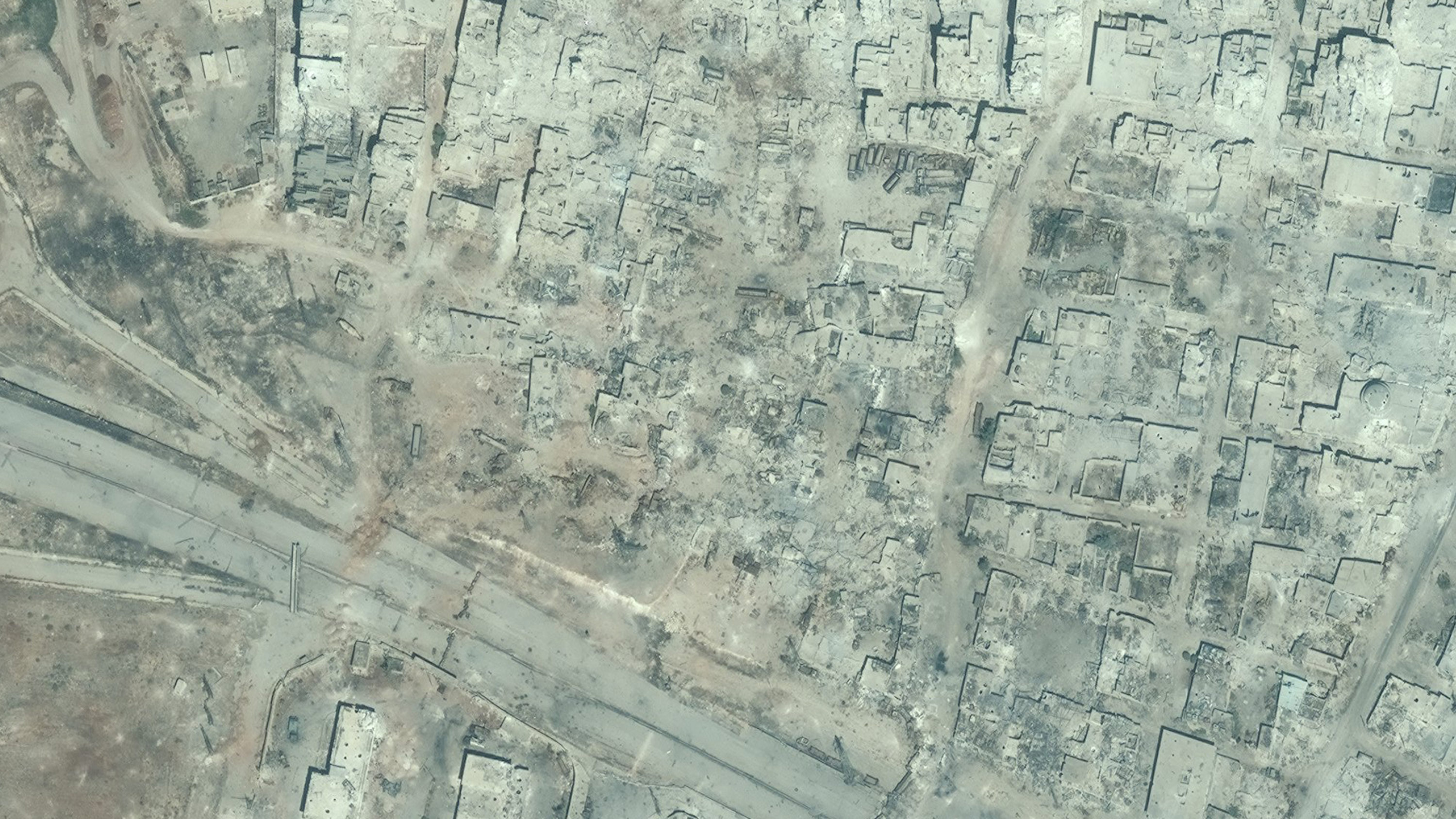 The city is about 70 square miles. That’s almost twice the size of Paris.

Control of the city is heavily fractured, split between the Syrian regime, rebels, Kurds and ISIS.

The regime controls much of western Aleppo; rebels seeking to end President Bashar al-Assad’s rule control much of the east.

Hundreds of thousands have fled Aleppo or died from the violence. But many remain – and not necessarily by choice.

About 1.5 million people live in regime-held parts of Aleppo, according to the United Nations.

But the part most devastated by airstrikes, rebel-held eastern Aleppo, has about 250,000-275,000 residents who are trapped by government troops.

Jameel Mustafa Habboush, 13, receives oxygen as he is pulled from rubble after Russian airstrikes on eastern Aleppo.
THAER MOHAMMED/AFP/Getty Images

There are “no ways to get out of this city,” said Abdulraham Almawwas, vice president of the White Helmets – a civil defense volunteer group. “It’s completely under siege.”

Even those wounded in bombings face danger if they dare seek help. That’s because eastern Aleppo hospitals have been pounded by airstrikes.

“There are no hospitals left operating in East Aleppo,” the International Rescue Committee said Monday.

“In these conditions, (civilians) can expect any shelter to collapse on their heads at any moment.”

Life in rebel-held Aleppo: ‘It is horrifying’

In the eastern neighborhood of Al-Shaar, Mohammed spends much of his day searching for food to feed his wife, mother and 2-year-old son.

“There is some bread in Aleppo, but you have to search well to find it,” said the 29-year-old, whom CNN is not identifying for safety reasons.

Much of eastern Aleppo looks like an obliterated wasteland.
RFE/RL's Radio Farda/CNN

The government siege around rebel-held Aleppo has choked off the supply of food, fuel and other daily necessities.

The regime has used this tactic – dubbed “Starve or Surrender” – before, including in the opposition stronghold of Homs. That city suffered mass starvation.

Mohammed, the young father, says every day is a struggle for survival.

“Basically, my whole daylight is just me trying to find stuff,” he said. And when he does find food, “it is insanely expensive,” describing prices 50 times higher than they were six years ago.

Mohammed declined to describe his job, saying it would likely identify him. But he says business is almost nonexistent.

“Now I don’t have any more work to do, so I am living on some savings,” he said.

The Aleppo native said he wishes he left before the government siege began.

“The regime has been bombarding the city over the last three years. It’s very, very hard to live here,” he said. “The new (bunker-buster) missiles are horrible. I can’t stand living here anymore. It is a nightmare.”

Mohammed said he doesn’t have the money to leave.

“And then I don’t even have any idea what can happen next, and if I will be able to work.”

Mohammed said if he’s able to escape, he’d like to go to a rebel-held part of the Aleppo countryside.

“I don’t trust the regime,” he said. “They would arrest me for sure.”

Life in regime-held Aleppo: ‘We are being shelled regularly’

Even parts of western Aleppo are under attack.

Salam, a 35-year-old mother of two, says she has to tread carefully when walking her son to school.

“It is not safe. We are being shelled regularly by the opposition with mortars,” said Salam, whom CNN is not identifying for safety reasons.

“When I take my kid to school, we try to walk under the balconies and try to stay away from open areas. We don’t walk in open streets. And we try to reduce the time we spend out of our home as much as possible.”

Salam is luckier than many of the residents living on the other side of Aleppo. She still has a workplace and job, teaching French at the same school her son attends.

“If the situation stayed like this security-wise, I think I will stay, because I don’t want to live in a tent. Also, I don’t want to be very poor and not be able to pay rent and bills,” she said.

“We also don’t want to lose the house. We worked for years to buy it.”

The Syrian regime recently released a tourism video promoting Aleppo. The panoramic views of government-held parts were accompanied by an acoustic version of the theme music to the HBO television series “Game of Thrones.”

Some might find the “Game of Thrones” music an odd choice, since the show’s fictional world of Westeros is a violent place engaged in its own bloody civil war.

It’s not the only attempt to make Aleppo look appealing.

In September, Syrian state-run media mocked the notion that Aleppo was one of the “world’s most dangerous” cities, tweeting a video of locals enjoying the city’s “thriving nightlife.”

With much of eastern Aleppo reduced to rubble, some residents have found a way to turn debris into much-needed fuel.

Locals discovered they can heat the plastic from broken chairs and pipes in a boiler and turn it into fuel, CNN affiliate RFE/RL’S Radio Farda reported.

“We can’t explain it exactly, but if the waste plastic is from good material, the output of this process is gasoline,” one man said. “If the plastic quality isn’t good, the end product is diesel.”

Aleppo residents use an old boiler to make fuel out of plastic.
RFE/RL's Radio Farda/CNN

But that’s just one temporary fix. If Aleppo doesn’t survive past December – as de Mistura portended could happen – the crisis could get even more catastrophic.

“Civilians in Aleppo tell the IRC that they live in constant fear,” the International Rescue Committee said. “As they hear jets flying over their heads, they picture their homes getting hit at night, knowing there would be nothing they could do – no way of running to safety or finding shelter.”

That’s why Mohammed wishes he could leave, like the millions of refugees who have managed to escape.

Mohammed said he’s worried about his son, who has never lived a day without war.

“I want him to get out of this place as soon as we can.”