Third Eye Blind frontman Stephan Jenkins has never been coy about his political views and in 2016, he is all in for Hillary Clinton.

In an interview with CNN, Jenkins defended the Democratic presidential nominee after she said last month that “half” of Donald Trump’s supporters fit into “the basket of deplorables.”

Clinton later expressed “regret” for the “half” part of the comment.

“It’s true,” Jenkins said, pointing to supporters of the Republican presidential nominee and GOP politicians who oppose gay rights, deny climate change and those who have not taken a stance against institutionalized racism and police brutality.

“I think that line that Hillary Clinton said was typically bad politics. She’s really not a very good politician,” Jenkins said, “but I think she’s a generally honest, moral person who cares a lot about the welfare of children and the forward movement of American values.”

Jenkins said it’s crucial for Bernie Sanders supporters who have vowed not to vote for Clinton and those supporting Green Party presidential candidate Jill Stein to “enthusiastically” back the former secretary of state because they are risking a Trump presidency. 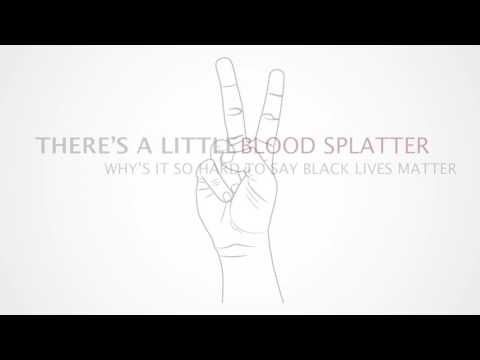 “I don’t have a problem with Hillary Clinton. I’m not a hater on her at all. I think it’s very, very important that the Bernie voters and the Jill Stein voters … enthusiastically support her,” Jenkins said.

Jenkins slammed Trump, saying that the billionaire mogul has run a “deplorable” campaign that has given voice to some Americans with “deplorable” ideologies.

A CNN message left with the Trump campaign seeking comment was not returned.

Jenkins is a longtime critic of the Republican Party and has been making songs with political statements since the alternative rock band rose to fame in the mid-1990s. Earlier this summer, the band taunted Republicans while performing at a charity concert at the Rock and Roll Hall of Fame in Cleveland during the party’s convention.

Their performance was met with loud boos from the crowd after they played lesser-known songs and made political statements on issues such as gay rights.

In their newest EP, “We Are Drugs,” which is set to be released Friday, the band takes a strong stand with the Black Lives Matter movement, most notably in the single, “Cop vs. Phone Girl.”

“Cop vs. Phone Girl” was inspired by a story of a female 16-year-old African-American student who was slammed to the ground by a school resource officer last year before being arrested. The video of the incident, which resulted in the officer’s firing, went viral.

“It left an emotional dent on me, made an impact on me,” Jenkins said, adding that “Our society has become too unhinged.”

“I had actually worked in a school for mostly disturbed teenagers and had some experience in classes,” Jenkins said. “If the kid wasn’t acting out violently, you would never touch the kid.”

The rocker also accused gun rights advocates of being hypocritical when it comes to police brutality and civil rights.

Jenkins said that officers are agents of the government and when police abuse their power, it is an example of the state discriminating against entire “segments of American citizens who are demonstrably and statistically under undue stop and seizure.”

“Why they’re not saying this is the government treading on me, why Republicans haven’t picked this up, is f—ing beyond me,” Jenkins said.