Documentaries have become a prime platform for exploring race and class distinctions, with two worthy examples arriving the same week. “Class Divide,” on HBO, exposes the impact of gentrification on a New York neighborhood, while Netflix’s “13th” delves into wholesale incarceration of African-American men, connecting that to the 13th Amendment and the abolition of slavery.

Directed by “Selma’s” Ava DuVernay, “13th” builds a compelling case for how after the Civil War racial division historically served the needs of political elites, and how coded language and policies – including “wars” on crime and drugs in the 1970s and ’80s, respectively – advanced those objectives.

DuVernay prosecutes the case almost chronologically, from the image the original “The Birth of a Nation” painted of black men in 1915 through the steady rise of a prison population weighted toward them over the last 45 years.

Richard Nixon channeled his hostility to the civil-rights and anti-war movements into calls for law and order – echoed today in Donald Trump’s campaign – while Ronald Reagan’s focus on drugs disproportionately impacted minorities.

That was followed by George H.W. Bush’s notorious Willie Horton ad – using a furloughed African-American murderer to portray opponent Michael Dukakis as soft on crime – and the realization by Democrats, starting with Bill Clinton, that they could no longer afford to play defense on the issue.

The film’s final leg brings the conversation full circle, focusing on privatization of the prison system, and how corporations and their lobbying arms exploit that inexpensive source of labor.

Given the concerns about relations between law enforcement and minority communities, “13th” could hardly be timelier. The same goes for “Class Divide,” which uses New York’s West Chelsea – and the two communities coexisting within that neighborhood – to illustrate inequality and class division. 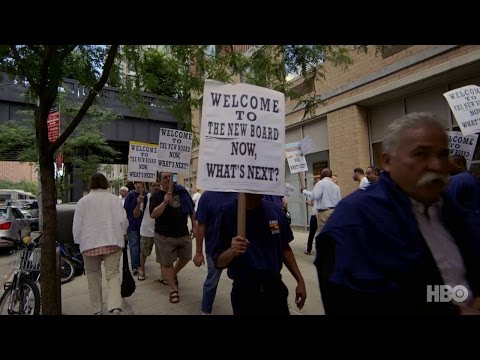 Specifically, this third in a series of films by director Marc Levin and producer Daphne Pinkerson bores into income disparity in an area where an elite private school and multi-million-dollar high-rise condominiums have gone up adjacent to poverty-stricken public-housing projects.

While the kids might have access to the same park, the ostentatious wealth on one side of the avenue feels like a “smack in the face,” as one project resident describes it.

“Class Divide” does find a few rays of hope in efforts by young people to bridge the gap that separates them, through a program designed to bring them together. The articulate teenagers also reflect soberly on the ostensible unfairness of life prospects being so closely aligned with the circumstances of one’s birth.

Both films are solid advocacy pieces, with Netflix having clearly adopted HBO’s model of tackling hot-button topics as a means of standing out within the subscription-TV category. (Epix, another pay service, is offering a similarly themed exercise from marquee producers, “America Divided,” which premiered September 30.)

Such fare might not deliver big audiences, but it does attract high-profile filmmakers and media attention. And if it can feel like such documentaries wind up preaching to the choir, that’s merely a reminder that our current divides aren’t just along the lines of race and class, but culture as well.