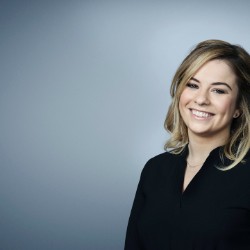 Howard Stern confirmed Tuesday that Donald Trump expressed support for the Iraq War on his radio show in 2002 – a claim Trump has denied despite a show recording of him offering at least measured backing.

The shock jock – whose interview was referenced during Monday night’s presidential debate – told his listeners that Trump was “kinda for the Iraq War” and “us going into Iraq.”

The interview was brought up because Trump “was saying he wasn’t really for it, so they were forced to mention my name,” Stern said.

Stern added that it was “kind of thrilling” to be mentioned at a presidential debate. His remarks were first reported by BuzzFeed Thursday.

The GOP presidential nominee has repeatedly said he opposed the Iraq War from before its launch, drawing a sharp contrast with his Democratic challenger, Hillary Clinton, who voted to authorize the war as a senator in 2002.

But the Stern interview, in which he tepidly expressed support for the invasion, remains the only public remarks he made on the matter before the war began in March 2003.

“Yeah, I guess so,” Trump said in the fall of 2002 when asked by Stern if he supported an invasion. “You know, I wish the first time it was done correctly.”

When Clinton brought it up Monday, Trump first interrupted her by saying “wrong” and then went on to deny his support.

“I was against the war in Iraq. Just so you put it out,” Trump pointedly told moderator Lester Holt.

“The record does not show that,” replied Trump, who said he also told Fox News’ Sean Hannity he opposed the war but the conversation was never on the record.

CORRECTION: An earlier version of this story misstated the day on which Stern discussed the debate.