Vitalii Sediuk is known as a celeb prankster

Sediuk, who has accosted celebrities including Will Smith, Brad Pitt and Bradley Cooper in the past, ran up on Kardashian West in Paris on Wednesday after she exited her vehicle.

Her security team stepped in as Sediuk appeared to be attempting to kiss her rear end.

A Ukrainian native who describes himself as an “Entertainment Hollywood Reporter,” Sediuk used his Instagram account to explain his motivation.

“I was protesting Kim for using fake butt implants,” he wrote. “I encourage her and the rest of Kardashian clan to popularise natural beauty among teenage girls who follow and defend them blindly.”

In 2011, Kardashain had X-rays to prove she does not have implants to boost her posterity. 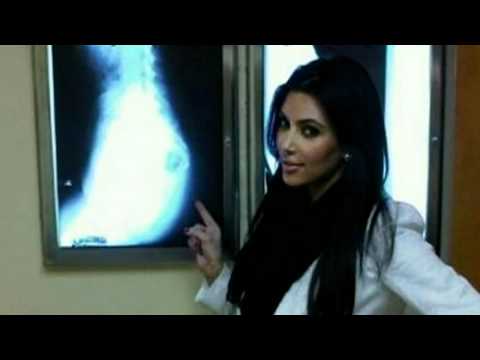 Sediuk said he just happened to be “outside the posh restaurant to use free wifi and eating my ice-cream” when Kardashian West showed up.

“I swear I didn’t know she was going to be there,” he wrote. “So I had to come out with an idea very fast.”

Kardashian West was reportedly in Paris for its Fashion Week.

Hadid was attending Milan Fashion Week a few days before the Kardashian West incident when she too encountered Sediuk.

The model fought back after he grabbed her and lifted her in the air after she left a fashion show with her sister, Bella.

"gigi hadid furiously lashed out.." no, gigi hadid elbowed a guy in self defense after he grabbed her in the street pic.twitter.com/MQMbzNBIdb

“Honestly, I felt I was in danger, and I had every right to react the way I did,” Gigi Hadid said in an interview with Lena Dunham’s Lenny publication. “If anything, I want girls to see the video and know that they have the right to fight back, too, if put in a similar situation.”