There’s been no silence of the “Lambs” (as diehard Mariah Carey fans are known) after Miley Cyrus threw shade at Carey.

Cyrus has started a bit of feud with Carey’s followers thanks to her comments to Elle magazine that she’s “never really been a fan” of the Grammy winner.

Why? Because, Cyrus claims, Carey makes her music all about herself and the 23-year-old can “see through that.”

The “Smilers” (as Cyrus affectionately calls her fan base) and the “Lambs” have taken sides on Twitter.

It’s worth noting, Cyrus has made headlines over the years for her extreme outfit choices, twerking and using her music to work through her breakup with Liam Hemsworth. (“Wrecking Ball” anyone?)

But Cyrus doesn’t quite see it that way.

“What I make isn’t about me,” she said. “It’s about sharing my story; it’s about someone being connected to what I’m saying.”

I think @Mileycyrus is entitlted to her own opinion! I'm sure @MariahCarey isn't or wasn't bumping Miley's music either Win Win situation https://t.co/Fg6Yri5jdN

We are now waiting for Carey to respond with the same diss she once issued against another pop star, “I don’t know her.” 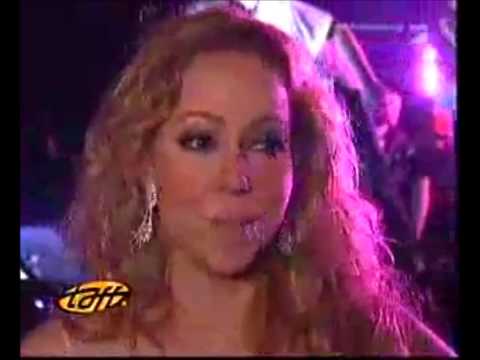