Did we say ‘trekking’? We meant ‘moonwalking.’

In Reykjavik in the north to Rome in the south, to Paris in the west and Istanbul in the east, DeRose busted out Michael Jackson’s iconic dance move in front of famous landmarks and filmed it. Why?

“It started on a previous trip to Ireland when I was getting my photo taken in front of a castle. Instead of just standing there looking awkward, I started moonwalking and it actually turned out pretty cool,” he said.

“So when I started this big Europe trip I started moonwalking every place we went.”

Not even a large waterfall could faze him
Travis DeRose

Despite referring to this expedition as ‘cool’, DeRose admits that at times, things got a little weird adding, “I was in some pretty crowded places doing this. One time a guy selling selfie sticks started moonwalking with me but I’m pretty sure he was just trying to get me to buy one.” 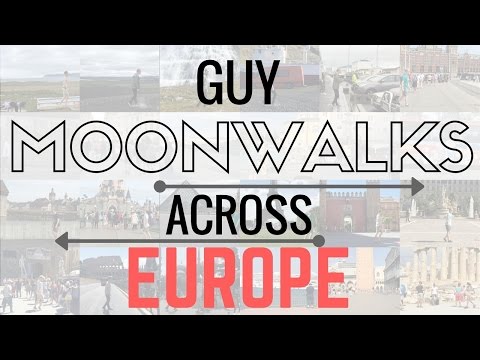