Is this the new Gangnam Style? Internet goes crazy for pineapple pen

So if you have a pen, and combine it with a pineapple, what do you have?

The video, which has now been watched more than 4 million times on YouTube, shows a Japanese man named Piko Taro dancing while describing how combinations of pens, apples and pineapples can form, eventually, a pen-pineapple-apple-pen.

It was posted over a month ago, on August 25th, but despite being only just over a minute long, it’s setting the internet on fire. 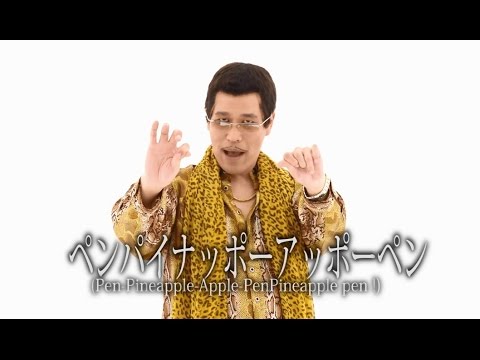 Young people in Japan have posted videos of themselves dancing in time to the song, while the hashtag #PPAP is trending on Twitter.

There’s even a heavy metal version.

On September 23, Kosaka tweeted to his followers saying, “Let’s dance with Piko Taro!”

“How I end up watching this??? (What) is wrong with society?”