When Hideto Iwai was 16 he shut himself away in his room and refused to come out for four years.

Now a successful playwright, Iwai – who talks candidly about his reclusive past – had tried to strike out on his own at 15, but when he met with failure, his belief in both himself and the world crumbled.

So he sought refuge in his home.

According to a Japanese cabinet survey released Wednesday, there are currently 541,000 young Japanese aged between 15 and 39 who lead similarly reclusive lives.

These people are known as hikikomori – a term the Japanese Health, Labor and Welfare Ministry uses to define those who haven’t left their homes or interacted with others for at least six months.

The term was coined as early as the 1980s, but there is still much debate on how exactly this condition is triggered and how it can be defined. 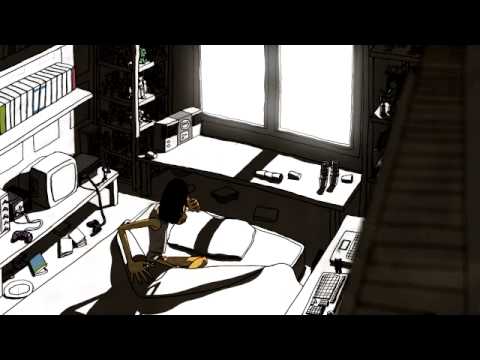 “We do think that there is a psychological aspect to this condition – that it stems from depression and anxiety - but there are also cultural and societal influences at play,” Takahiro Kato, a neuropsychiatrist professor at Kyushu University, told CNN.

When people who have had little social interactions are thrust into high-pressured working environments, the change, said Kato, can be too abrupt for some.

“These people have lower levels of resilience and can often start feeling very pressurized,” said Kato, who noted that the numbers of male hikikomori were higher than women owing to the higher expectations that Japanese society placed on men.

“When people don’t succeed, they feel demoralized and that triggers the desire to shut themselves away,” added Kato.

Hideto Iwai, a Japanese playwright based in Tokyo decided not to leave his room for four years.
Toru Hiraiwa

The 2016 cabinet survey, said Kato, was flawed as it failed to mention how many adults over 39 were also hikikomori.

He is currently working with a hikikomori support center in Fukuoka that provides therapy to people of all ages with this condition, helping them reintegrate back into society.

He emphasized how important it was for parents to change their behavior towards children who’d decided to lock themselves away, and said that group therapy sessions helped ease people back into society.

Back when he was a teenager, Iwai didn’t have access to such support. Instead, he told CNN that by age 20, he realized that only he could pull himself out of his situation. He gradually started contacting some of his old friends, venturing out of his home in the evenings to play soccer.

“I’d join them at night as there would be fewer people about,” said Iwai.

For those who can’t yet face stepping out of their homes, virtual high schools offer an alternative.

Established by Japanese companies hoping to identify and develop unique talent, these schools allow students to develop alone at their own pace from the safety of their rooms.

Such schools, along with support centers like the one Kato works at, have gone some way to help hikikomori, with numbers down by 151,000 since 2010, according to the cabinet survey.

Kato said that virtual schools allowed people not to lose touch with society. He noted, however, that for hikikomori to reintegrate fully back into society they needed to start having face-to-face interactions with others.

He noted that now the term could be used to designate those who shut themselves away completely in their rooms and others who left them once in a while.