Oh 2016. You take and you take and you take. Our music. Our fighter. Now you’ve taken away the funny: Gene Wilder, the wild-eyed, delightfully neurotic star of classics like “Blazing Saddles,” “Young Frankenstein” and, of course, “Willy Wonka and the Chocolate Factory.” He died at age 83 from complications of Alzheimer’s. There are no words to properly describe Wilder’s genius: He mastered the art of the nervous breakdown. He made us laugh till it hurt. And yet he somehow grounded his over-the-top absurdity in a way that gave it heft. Then there was his relationship with Gilda Radner, a love story more beautiful (and sad) than anything Hollywood has ever written.

Around 6,500 people have been rescued while making the treacherous journey across the Mediterranean. And that’s just in 30 hours! But it’s two in this group we want to focus on: A pair of 5-day-old twins. A picture of one of them – piercing eyes peering out from under a pink blanket – is something you just can’t unsee. It drives home the point there are people, not just numbers, involved in this slow-motion catastrophe. (BTW, if you haven’t yet read Moni Basu’s gripping account of one desperate day at sea, you really should.)

Is there anybody out there? SETI, those folks dedicated to finding E.T., has focused its instruments on a star 94 light years from Earth. They want to check out a strong signal “clearly made by a civilization with capabilities beyond those of humankind.” Whoa! So if we do make contact, what kind of aliens might we find? The ones from “Close Encounters of the Third Kind” or from “Independence Day?”

He was a New York congressman, a rising star in the Democratic Party. She was the closest confident to the secretary of state. Political marriage made in heaven? Could’ve been if Anthony Weiner didn’t go around sexting people all the time. Now, Weiner and Huma Abedin are separating after he was busted for sexting again - this time for sending a picture of his junk while his young son napped in the bed nearby. But please, spare Abedin the shocked, judgment-laden incitements that are de rigueur with this kind of thing.

Jesse Morton denounced the US, went after the “South Park” guys, and was a recruiter for al Qaeda. And George Washington University has hired him to work at its center on homeland security. This is a first for an American university. GW says the FBI and security experts are cool with it; that’s he’s the right guy to help stop others from going down the road to radicalization. But something tells us this isn’t the last we’ll hear of this.

Are you a woman? And headed to India? The country’s tourism minister says you should leave your skirts at home. Oh yeah, he got blasted for that one.

Don’t send in the clowns

Nothing’s creepier than a clown at the edge of the woods, saying “come on over.” There’s apparently one in S.C. doing just that to neighborhood kids.

You don’t need superheroes when there’s New Jersey transit officers walking around. Like the one who pulled a suicidal man away from a speeding train.

Sales of bar soap are declining because those cool millennials think they’re gross. Those of us of a certain age are still holding on.

We’ve had her fossil for years, but there’s always been a mystery: How did Lucy, one of our earliest-known ancestors, die? She probably fell out of a tree. 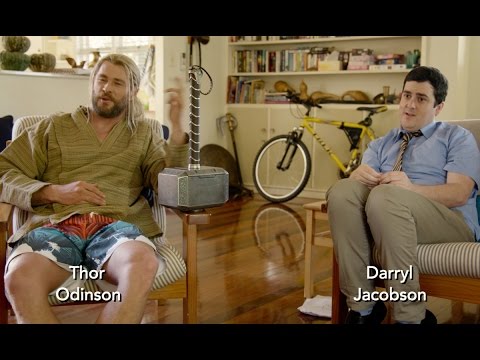 You want to be hip and watch “Game of Thrones” like the other cool kids, but don’t know how to begin? Let Samuel L. Jackson be your guide.

“Captain America: Civil War” was an awesome movie, but we missed Thor. So just what was he up to? Hanging out in Australia, apparently.