A president’s best friend: Commanders in chief and their dogs

The presidents’ furry friends have been the source of adoration, humor and drama during their time as first dogs in the White House, from President Barack Obama’s Portuguese water dogs Bo and Sunny to Franklin D. Roosevelt’s beloved Scottish terrier Fala.

In honor of National Dog Day, here are some memorable stories about American presidents and their dogs:

President Franklin Roosevelt’s August 1944 trip to Alaska was subject to Republican criticism – and Fala was in the center of the dispute. 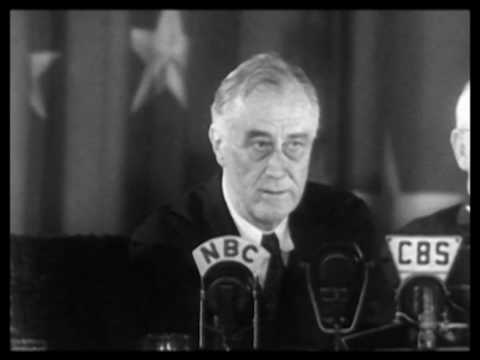 Critics accused Roosevelt of leaving Fala behind in the Aleutian Islands during his six-day fishing trip and alleged that Roosevelt squandered $20 million by sending a Navy destroyer to retrieve him, a story Roosevelt vehemently denied.

In a September speech to the Teamsters Union, which became known as the “Fala speech,” Roosevelt blasted the critics for the “libelous statements” about his dog:

“He has not been the same dog since. I am accustomed to hearing malicious falsehoods about myself – such as that old, worm-eaten chestnut that I have represented myself as indispensable. But I think I have a right to resent, to object to libelous statements about my dog.”

Rex was an early Christmas present.

The Reagans were known to be dog lovers and both Rex and Lucky were buried at Ranch del Cielo in Santa Barbara, California, where the Reagans lived after the presidency.

Former first lady Betty Ford writes about the time Ford took their golden retriever Liberty out at 3 a.m. and got locked out of the White House:

Ford sits with his daughter Susan on the floor of the White House's Great Hall, watching their pet golden retriever Liberty, circa 1978.
Pictorial Parade/Archive Photos/Getty Images

“They got to the second floor, and the door to the hall was locked. You can get out, but you can’t get back in. They went up again, to the third floor. Also locked. And there they were, a president and his dog, wandering around in a stairwell in the wee small hours of the morning, not able to get back to bed. Finally, they came all the way down again, and by that time, the Secret Service had been alerted, and somebody got the elevator started,” Ford writes in her memoir, “The Times of My Life.”

Bush holds up his dog Barney upon his arrival at the South Lawn of the White House on February 3, 2002.
Getty Images

Bush, who was unveiling a collection of his paintings, which depicted both Putin and Barney, said Putin’s treatment of Barney gave him insight into the Russian leader’s character.

“Our dear dog Barney – who has a special spot in my heart – I introduced him to Putin. Putin kind of dissed him,” Bush told his daughter, Jenna Hager Bush, on the “Today” show. “‘You call that a dog?’ A year later, your mom and I go to visit Vladimir at his Dacha outside of Moscow and he says, ‘Would you like to meet my dog?’ Out bounds this huge hound, obviously much bigger than a Scottish terrier. And Putin looks at me and says, ‘Bigger, stronger and faster than Barney.’”

Barney passed away in 2013 after a battle with lymphoma.

The Obama’s newest Portuguese water dog, Sunny, couldn’t control her excitement at a 2013 Christmas party for military families at the White House.

The energetic puppy jumped up to greet little Ashtyn Gardner of Mobile, Alabama, causing her to step back and take a tumble.

Sunny was quickly pulled back by first lady Michelle Obama, and no one was injured, though images of the incident quickly spread on social media at the time.