Report focuses on the experiences of 65 survivors, 54 men and 11 women, interviewed by Amnesty

The beatings began as soon as they were arrested, and they continued at a “welcome party” at the detention center.

That’s the term dozens of Syrian detainees used to describe treatment at the hands of government forces upon arriving at one of Syria’s prisons.

A group of guards usually carried out the beatings, often with tools such as silicone bars and hoses, to punish prisoners for their perceived opposition to Bashar al-Assad’s regime, according to a new report from Amnesty International.

The punishment was a sign of more torture to come.

The detainees’ experiences are detailed in the new report, which estimates that 17,723 people have died in custody in Syria since the crisis began in March 2011 – an average rate of more than 300 deaths each month.

The estimate is based on reports from four organizations investigating deaths in Syria from March 15, 2011, to December, 31, 2015. From those cases, the Human Rights Data Analysis Group identified 12,270 cases with sufficient information to confirm the person was killed in detention. Using a statistical method to estimate how many victims they do not yet know about, the group came up with 17,723 cases.

But the group believes that’s an underestimate, based on criteria used to define a killing in detention. CNN has attempted to reach out to the Syrian government for comment.

Amnesty and other human rights organizations have long known of torture occurring in Syria’s state-run prisons. Reports of Syrian authorities using force to quell dissent date back to the regime of al-Assad’s father, Hafez al-Assad, in the 1980s.

Using survivors’ accounts, the report sheds a harrowing light on conditions inside the facilities, placing them in stark context with the sheer number of victims.

“For decades, Syrian government forces have used torture as a means to crush their opponents. Today, it is being carried out as part of a systematic and widespread attack directed against anyone suspected of opposing the government in the civilian population and amounts to crimes against humanity,” said Philip Luther, Director of Amnesty International’s Middle East and North Africa Program.

Most were arrested by one of four branches of the Syrian security forces – Air Force Intelligence, Military Intelligence, Political Security and General Intelligence – and brought to the branch’s detention facility. After a trial before an anti-terrorism court, proceedings described as “flagrantly unfair” by Amnesty, many were transferred to the notorious Saydnaya Military Prison.

The report includes a video reconstruction of Saydnaya, based on survivors’ memories of the brutal conditions.

“In Saydnaya, the architecture of the prison emerges not only as a location of torture, but itself as an instrument of perpetration,” the group said in the newly-released video. 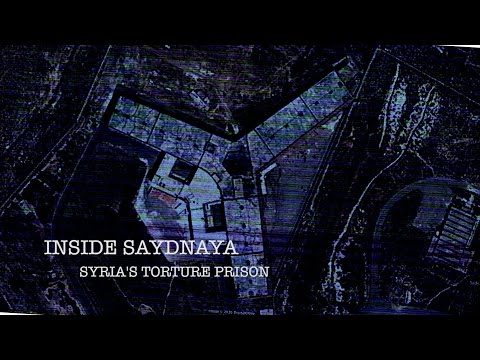 ‘This was my first experience of rape’

Seven were members of the Syrian military or assisted the military at time of arrest.

They described relentless torture during interrogations to extract “confessions” or other information, or simply as punishment.

Some prisoners had their fingernails or toenails pulled out, while some were scalded with hot water or burned with cigarettes.

Common methods included dulab, the act of forcibly contorting the victim’s body into a rubber tire, and falaqa, or flogging on the soles of the feet, which have been documented by other human rights organizations.

One woman told Amnesty International she could not stand after being subjected to falaqa.

“I had to use the bathroom lying on the floor,” she said.

The use of electric shocks, which has been widely documented in Syrian detention facilities, came up in various accounts. In some cases, survivors were given electric shocks as they stood in water; in others, cables were attached to their bodies.

“I started bleeding like I had my period. It’s difficult to explain how it feels. Your mouth and nose become blue and you faint. It’s so much pain,” one woman said.

“Imagine what you feel when you get a shock, but ten times worse, and for 30 seconds. That’s what it feels like,” one man said.

Men and women reported rape and sexual violence at various points on their journey.

As one man was handcuffed and suspended from the ceiling, his face covered, a guard used an electroshock baton to hit his penis and inserted it into his anus.

“This was my first experience of rape. Then one of the guards asked for my face to be uncovered and I saw my father there. He had witnessed all of it,” one man said.

‘They were trying to finish us’

Some survivors reported finding out that they had been detained as a result of confessions obtained through torture. After being placed in a cell with his friend, one man found out he had reported him and his family to authorities.

“I was annoyed with him at first but then I forgave him when I understood the pain that he went through.”

“It was like being in a room of dead people. They were trying to finish us there.”

As a result of the conditions, deaths in custody were common, the survivors said.

The exact number of detainee deaths is unknown because often it’s not clear where they went to begin with. If families find out the fate of their loved ones, the information they receive often is incomplete or inaccurate, the report says.

“[After the victim’s death] the guards came back and asked all the detainees to confirm that the guards had provided first aid minutes after he started bleeding so that they could write in their report that they tried to save his life,” said one man who claimed to witness a death from lack of medical treatment.

“We had to clean all the blood in the cell. A friend later told me that they forced his parents to sign a death certificate that said he had been shot by terrorists on the way home after he was released.”