The fall TV season will include some historical shows

There can be no argument that the musical “Hamilton” has been one of the hottest things to ever come out of Broadway.

With a record-breaking 16 Tony nominations and 11 wins, sold out shows and even President Obama singing its praises, the show has made history all kinds of cool.

So, is it just a coincidence that the new fall TV season has a few historical shows? Or should we chalk it up to the “Hamilton effect?”

Check out what’s coming to broadcast TV and you be the judge:

What happens when Shakespeare meets Shondaland?

Viewers will find out with ABC’s period drama “Still Star-Crossed.”

The series focuses on the Capulet and Montague families of Shakespeare fame following the deaths of Romeo and Juliet. It’s based on a novel of the same name by Melinda Taub.

If the trailer is any indication, Shonda Rhimes will bring nonstop action and drama to this love story spinoff. 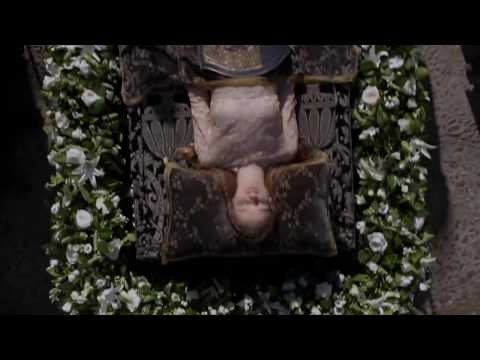 The series stars Sterling Sulieman, Lashana Lynch and Wade Briggs and is scheduled to start midseason.

The CW borrows from recent big-screen history in this series.

The film “Frequency” came out in 2000 and starred Dennis Quaid and Jim Caviezel as a father and son who used a radio to talk across time.

Peyton List stars in the small-screen remake with a similar storyline. She plays a detective who connects with her now deceased detective father, played by Riley Smith. The pair must work together to solve a crime that has altered history.

“Frequency” will premiere October 5 on the CW.

With its mix of pop culture and history, the comedy is definitely in the “Hamilton” sphere.

NBC has its own trio of time travelers.

We can thank the producers of “The Blacklist” for this adventure about a scientist, a soldier and a history professor who try to stop a dangerous criminal with access to a time machine.

Mixing history with crime fighting is apparently a thing, so why not throw in some Jack the Ripper?

The show is based on the novel and movie “Time After Time” and stars Freddie Stroma as real life science fiction writer H.G. Wells.

In this ABC series, Wells travels from 1893 to modern-day New York City via time machine on the hunt for the famous serial killer of the time, Jack the Ripper.

“Dawson’s Creek” creator Kevin Williamson is the power behind “Time after Time,” which premiers midseason on ABC.