Many people are saying – that Trump drives conspiracies and gossip 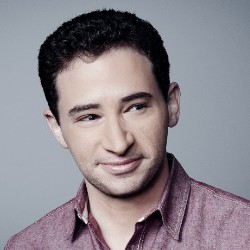 Donald Trump has raised conspiracies in the past

The information is coming from “many people,” but it has all led him to one simple conclusion: “There is something going on.”

Employing a witches’ brew of vague but inflammatory language, the Republican presidential nominee has repeatedly amplified and offered roundabout endorsements to conspiracy theories and outright lies by presenting them, in speeches and interviews, with an increasingly dubious caveat.

“Many people are saying,” Trump tweeted on Monday night, “that the Iranians killed the scientist who helped the US because of Hillary Clinton’s hacked emails.”

Many people are saying that the Iranians killed the scientist who helped the U.S. because of Hillary Clinton's hacked emails.

The claim was not based on any substantive evidence, but its construction was familiar and designed to inure the candidate from having to defend its truth or credibility. After all, this was not Trump talking – it was the “many people” for whom he has become a tribune and champion.

On the trail and in interviews, Trump has a habit of punctuating his more self-assured claims with the phrase, “believe me.” But when he wants space between himself and the words he is about to speak or tweet, he defers to other sources, relying on a rhetorical sleight that has drawn new scrutiny as the race hits its home stretch.

So who exactly are these “many people”? As it has for years, the question lingers.

The blueprint was not drawn up for 2016, though it has proven to be easily adaptable to the campaign trail. In 2012, Trump tweeted that it was “amazing how many people still come up to me to thank me for ‘The Art of The Deal.’ ”

Months before he entered the GOP primary in 2015, Trump delighted at how “so many people have told me that I should host Meet the Press.” (It was not to be, he added: “Just too busy, especially next 10 years!”)

So many people have told me that I should host Meet the Press and replace the moron who is on now. Just too busy, especially next 10 years!

As the 2016 campaign heated up, the mysterious Trump whisperers began to serve up more frequent and conveniently supportive or provocative revelations.

A few minutes after a February 6 debate in New Hampshire, he shared their reviews with an interviewer on Fox News.

“I was very happy and a lot of people said I won and I’m very happy about that, it’s always nice to hear that,” he said. “But many of your cohorts have said I won this debate.”

’Nobody talks about it’

On at least one notable occasion, Trump turned the tactic on its head, imploring the public to pay more attention to a National Enquirer story that linked Rafael Cruz, the father of rival Texas Sen. Ted Cruz, to the man who assassinated President John F. Kennedy, Lee Harvey Oswald.

“You know, his father was with Lee Harvey Oswald prior to Oswald’s being – you know, shot,” he told Fox News. “I mean, the whole thing is ridiculous. What is this, right, prior to his being shot, and nobody brings it up? They don’t even talk about that. That was reported and nobody talks about it. … What was he doing with Lee Harvey Oswald shortly before the death, and the shooting?”

Again, Trump had attempted to feather his own role in the story by presenting himself as a kind of human news aggregator. The claim was roundly dismissed, by the media and the Cruz campaign, but even that ate away at precious time before the Indiana primary – which Cruz would lose, dropping out that night.

The next day, as Trump settled in as the presumptive Republican nominee, he called back on another unattributable assessment of the field.

“You had 17 people, very capable people,” he told CNN’s Wolf Blitzer. “I heard a lot of the pundits were saying this was the single greatest group of talent ever assembled for either party.”

A couple weeks later, with the general election race coming into focus, he was asked by the Washington Post about the 1993 suicide of longtime Clinton family friend and White House aide Vince Foster. His response was a classic Trumpian revolving door. First he called the death “very fishy,” then said he would not raise the issue himself “because I don’t know enough to really discuss it.”

But, Trump continued: “I will say there are people who continue to bring it up because they think it was absolutely a murder. I don’t do that because I don’t think it’s fair.”

Foster’s sister was not impressed, writing in an op-ed that the comments were “cruel” and accusing Trump of “cynically, crassly and recklessly insinuated that my brother, Vincent W. Foster Jr., may have been murdered.”

This was a familiar pose, and a tactic used repeatedly during Trump’s time as the country’s most prominent birther – and in the years after.

“You know, some people say that was not his birth certificate,” he told ABC in August 2013, more than two years after President Obama released the document. “I’m saying I don’t know. Nobody knows and you don’t know either.”

But Trump has not only sought to further existing conspiracy theories, he has also played up or introduced others to the mainstream. In the aftermath of the June massacre at a gay nightclub in Orlando, Trump insinuated that Obama was in some way sympathetic to ISIS and other terror groups.

Later that morning, he called into NBC’s “Today Show” and, asked to explain his comments, said, “Well, there are a lot of people that think maybe (Obama) doesn’t want to get” the implications of the terror threat.

At least, that’s what many people are saying.