Driving While Distracted: What can be done to stop it?

Editor’s Note: Check out the weeklong series “DWD: Driving While Distracted” online and tune in to the TV special on CNNgo.

In Louisiana, students role-play to see the consequences of distracted driving firsthand

46 states ban texting and driving; 14 states ban handheld phone use behind the wheel

Two officers come to the door in the middle of the night to tell parents the unthinkable: Their teenage daughter has been killed in an accident.

They react as you would expect, with painful, guttural cries.

They then have to go down to the morgue to identify their beloved daughter while her friends and classmates prepare to say goodbye at a funeral service.

She was killed in a car accident in which teens were drinking and texting while behind the wheel.

Driving While Distracted: It's not just texting anymore

But, thankfully, none of this is real.

It’s all part of a program called Choices, with the message that every choice comes with a price. Created by the Acadia Parish Sheriff’s Office in Louisiana, the program is a community-wide effort involving all local law enforcement agencies and brings together nearly 200 high school students who participate in a mock crash and act out the consequences. The video is then shown in high schools throughout the community. 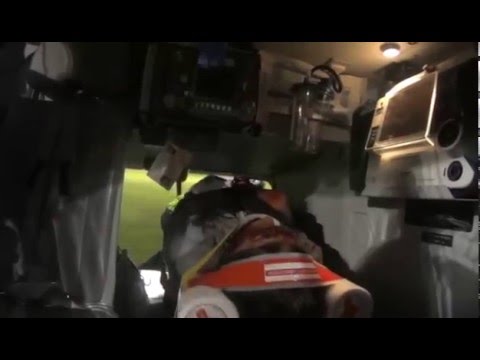 Jennifer Smith, founder of the advocacy group StopDistractions.org, lines up speakers for the program to share their real-life stories and losses from distracted driving. She says the realistic nature of the role-play makes it incredibly impactful.

“These kids … put everything they have into it to make it seem real and to acting out these roles,” said Smith, a mother of two who lost her mother to distracted driving in 2008.

“These kids take these roles seriously … and to them, these are their friends. This is real. They see them go through” the tragedy, she said. “It’s an amazing experience, and you leave there with these youth genuinely saying they want to change and they want to do better and they’re going to stop their parents.”

Seeing the pain caused by distracted driving is one way to try to change behavior, experts believe. That’s been the motivation behind AT&T’s It Can Wait campaign, which is now in its sixth year.

The campaign’s latest video, called “Close to Home,” moves beyond texting and driving and showcases a mother looking at a photo on Facebook before a horrific crash. The video has been viewed more than 25 million times online, according to an AT&T representative.

“So many people would be able to just see themselves … in that work and say, ‘Wow, that’s me. I’m guilty of it. I’ve done that once or twice. I’m not the person who texts and drives, but I’ve hit a like button on Facebook for a quick second,’ ” said Sandra Howard, assistant vice president, advertising at AT&T. “And the ability to see yourself in that message was important.”

AT&T also takes its distracted driving simulator, which showcases how quickly things can go wrong behind the wheel when you glance at your phone or try to text, to high schools across the country. We talked to students at Walt Whitman High School in Long Island, New York, after they took a spin on the simulator.

“It puts you in a real situation,” one student said. “You hear stories about it, but nothing scares you like experiencing it yourself.”

Driving While Distracted: Parents do it, too

“The biggest ‘a-ha’ is that as soon as you make it relevant, as soon as they understand it can happen to them or it happened to someone else just like them, just their age, just as responsible as they are, just as much of a great citizen, if you will, as they are, then that’s when it really does hit home,” Howard said.

The success of high-visibility enforcement

“We know that education affects some people, that they will change their behavior once they have knowledge and information about risk,” said Deborah Hersman, president and chief executive officer of the National Safety Council. “We know that other people will wait until there are laws, and they’ll say, ‘OK, well, if it’s against the law, then I won’t do it,’ but then there are still other folks who have to get caught and have to have the fear of getting caught so they’ll move when there are high-visibility enforcement campaigns.”

New technologies inside cars, which can turn off texts and social media updates, could help prevent distracted driving.
CNN

Driving While Distracted: Can technology stop the problem it caused?

Hersman said the National Highway Transportation Safety Administration conducted trial programs in New York and Connecticut in which officers set up checkpoints to stop people from using their phones while driving. Both locations saw a one-third drop in cell phone use and textting behind the wheel after their pilot programs, she said.

“The enforcement folks … are not trying to hide. They’re actually trying to be very visible. They want you to see them, and if that’s a deterrent, that’s a benefit,” she said.

What’s also needed, experts and victims of distracted driving say, is changing the stigma. Decades ago, people would drink and drive and not think anything of it. That is not the same case today.

“People respect that drinking and driving is dangerous,” said Matt Boeve, whose wife, Andrea, was killed by a distracted driver in 2014. “Now, we just have to know that phones are [dangerous] too and take responsibility for our actions, just like we take responsibility for buckling in our kids and not getting behind the wheel impaired.”

Scott Tibbitts, founder of a technology called Groove, which he hopes can help bring an end to distracted driving, said we need to see a societal change where using your phone while driving is viewed as a very socially unacceptable thing to do.

“What we are looking for is: ‘You are an idiot if you text and drive,’ ” said Tibbitts, founder and chief executive officer of the startup Katasi. “I mean, you are just a moron, a jerk, and create that context that … the ones in high school [that] are the studs are the ones that don’t ever pick up their phone when they are driving. … It is not cool to text and drive.”

What do you think can be done to stop distracted driving? Share your thoughts with Kelly Wallace on Twitter @kellywallacetv.