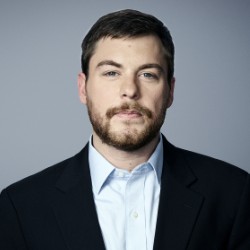 Violent crime is on the rise so far this year in major cities across the US compared to the number of homicides, rapes, robberies, assaults and shootings that occurred in the same cities by this point in 2015, a new report has found.

The midyear violent crime survey released Monday by the Major Cities Chiefs Association shows 307 more homicides so far in 2016, according to data from 51 law enforcement agencies from some of the largest US cities.

In addition to a large increase in homicides, major cities in the US have experienced more than 1,000 more robberies, almost 2,000 more aggravated assaults and more than 600 non-fatal shootings in 2016 compared to this time last year. The only category of violent crime not reflecting an increase when compared to last year is rape.

The 316 homicides reported by the Chicago Police Department were by far the most of any law enforcement agency included in the survey, a 48% increase over last year. The Los Angeles County Sheriff’s Department said there were 110 homicides so far this year, compared to 85 in 2015. San Jose’s 25 homicides more than doubled the amount during the same period last year.

Data for New York City was notably absent from the report. The association said it had not yet received data for the nation’s largest city in time for its study.

The MCCA is comprised of police chiefs and sheriffs representing the 68 largest law enforcement offices in the US and was created to discuss common law enforcement issues and ways to solve them in urban areas.

In May, the same group released another report which showed a 9% increase in homicides across dozens of US cities over the first three months of 2016 compared to the previous year.

Responding to Donald Trump’s convention speech last week, in which the Republican presidential nominee spoke of rising crime and violent threats, President Barack Obama downplayed the notion that violence is increasing in the US, though he conceded that there has been an uptick in violence in some major cities.

“This idea that America is somehow on the verge of collapse, this vision of violence and chaos everywhere, doesn’t really jibe with the experience of most people,” Obama said during a press conference in the White House East Room alongside Mexican President Enrique Pena Nieto.

“Although it is true that we’ve seen an uptick in murders and violent crime in some cities this year, the fact of the matter is that the murder rate today, the violence rate today is far lower than it was when Ronald Reagan was president and lower than when I took office,” Obama added.