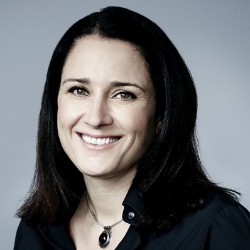 Pokemon Go fans have taken over the streets of Sokcho

Mapping glitch means city is only place game can be played in S. Korea

In matching red T-shirts, hunched over two smartphones, a father coaches his young boy in how to catch Pokemon.

You have to wonder if they even know they have walked onto the beach as they huddle together in absolute concentration.

This is a scene replicated across the seaside city of Sokcho in South Korea, 35 kilometers or 20 miles away from the DMZ or demilitarized zone which splits North and South Korea.

Smartphones raised, brows furrowed, Pokemon Go zombies in a world of their own have taken over the streets of Sokcho – and the game isn’t even available in this country yet.

This is the only area in South Korea you can play the augmented reality game that has swept the world, largely thanks to a technical loophole.

This northeastern tip of South Korea lies just outside the index grids the game’s developers use to geographically block the country.

A parent’s guide to Pokemon Go

Thousands of South Koreans are making the pilgrimage here to play. Special Pokemon Go buses leave Seoul daily and the seats sell out in advance.

Park Yeon-joon says he was fed up with watching friends from the United States post their Pokemon achievements on Facebook so when he found out he could play three and a half hours away from Seoul, he didn’t hesitate.

“It’s pretty interesting because it’s something that relates to our reality. Pokemons are appearing in our world. I think it’s awesome,” he says.

His friend Krystal Xiong traveled from her home in Beijing – China is another country where the game is not yet available.

Sokcho residents appear to have embraced their newfound fame, none more so than the mayor himself, Lee Byung-seon, or Dr. Lee as his Pokemon alter ego is known.

Arriving at one of the busiest Pokemon spots in town for our interview, he is dressed like Professor Oak, one of the game’s characters and the gamers love it.

They’re taking photos of themselves with “Dr. Lee”, talking to him about the game – a short break before wondering off again in search of monsters.

Lee has organized extra Wi-Fi zones and mobile charging stations around town and local businesses are offering discounts to customers who have caught the most Pokemon.

“Our residents are very happy and thankful we can play this here because it’s the only region in South Korea,” says Mayor Lee. “I think we are blessed.”

As long as Pokemon Go is not available elsewhere in South Korea, he should feel blessed. He sees a long summer ahead of him filled with extra tourists, hotels are booked out and Sokcho is now well and truly on the map.

Pokemon Korea says at this point “nothing is decided” on when the game will officially launch here.

Some local media have suggested the fact Google Maps is restricted here due to security concerns may complicate the matter. The South Korean government denies that.

Google is requesting full map data from South Korea, a request that has to be cleared by seven ministries, including the defense and foreign ministries and the National Intelligence Service.

Under South Korean law, any map has to have certain security installations blurred or blacked out. The government says it will give Google an answer before August 25.

But for now, restrictions and geographical blocking aside, one city in South Korea is enjoying its special status as the country’s holy grail for Pokemon fans.