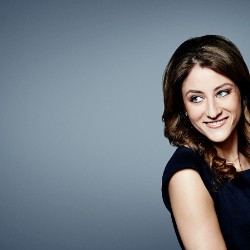 From the road, it’s easy to miss.

A nondescript driveway with a guard gate off a rural Pennsylvania one-lane road.

Tucked away in the Poconos lies the compound where Fethullah Gulen, a moderate Turkish Muslim cleric, has been in self-imposed exile from his country since 1999.

For years, journalists have tried to get in, but very few have succeeded.

This time, reporters have gathered to cover a protest on the road in front of the compound after Turkish President Recep Tayyip Erdogan publicly accused Gulen of organizing a failed coup from nearly halfway around the world.

Gulen rarely emerges, we’re told, and only for medical appointments.

But as the protests wound down outside the complex, his guards emerged, inviting media here to enter for a tour.

Beyond the gates is a sprawling complex. Several buildings, a garden, a pond.

The grounds are quiet, and few people are here.

Journalists are shown around and allowed to take pictures, then taken to a small building with a table and chairs and air conditioning. We’re brought coffee and water, and told that if we wait, we might get to talk to Gulen’s press aid, and possibly Gulen himself.

We’re told he’s in poor health, and needs to rest, but if we wait, he may talk about the accusations made against him.

Textbook case: How to survive a coup

Erdogan and Gulen are former allies whose relationship fell into a bitter feud in 2013. Erdogan supporters outside Gulen’s Pennsylvania home called him inflammatory names. Gulen’s supporters accused Erdogan of scapegoating Gulen after the failed coup in an attempt to grab more power.

The former president of Gulen’s mosque, Bekir Aksoy, says Gulen, in his late 70s, barely ever leaves his room.

“This was the exception,” he says, because of the seriousness of the accusations Erdogan made against him on worldwide television.

Then, after about an hour, reporters are led in. We remove our shoes, and are escorted in to a room where Gulen sits waiting in a chair.

Through his interpreter, he answers one question from each reporter.

He tells us his self-exile was to get away from political opponents who were harassing him in Turkey, and that he rejects the idea of being involved in a coup, having lived through many military coups in Turkey in the ‘60s, ‘70s and ‘80s, and having been jailed at least once.

“My position on democracy is really clear. Any attempt to overthrow the country is a betrayal to our unity and is treason,” he says.

He denies the accusations against him by Erdogan and says he wishes to stay in the United States, in what he calls “the final days of his life.”

“I’m not seriously concerned about the request for extradition as it was mentioned this is not a formal request, anyway,” Gulen says.

As the interview concludes, Gulen says something to his interpreter, and we are given access to his living quarters, a quaint space decorated with personal belongings from his years in Turkey.

It consists of little more than a bed and bookshelves.

The man accused of orchestrating a coup spends his time here. One of his aides compares it to a cell.

On our way out, we’re shown a lit-panorama of Istanbul. His aides say Gulen believes this is the closest he’ll ever be to his home again.

And then we’re given Turkish delight and other sweets. His press aide says it’s so we will leave with a good taste in our mouths.