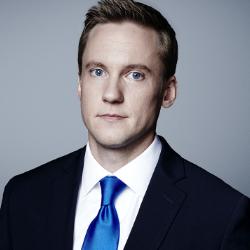 Terrorism has had a big effect on tourism in Istanbul, other areas of Turkey

Russians returning months after crisis over downing of military plane

Last Saturday, a glimmer of hope landed in the Turkish beach resort of Antalya. The first convoy of Russian tourists in eight months stepped off an airliner to an extra helping of Turkish hospitality.

The smiling Russians were treated to champagne, flowers, and upbeat music as they toted their suitcases toward rows of eager taxis.

It’s been a tough year for Turkey. Terrorism, the refugee crisis and diplomatic tension continue to threaten stability and prosperity. And foreign tourists have stayed away in droves.

During what is typically high season, Turkish Mediterranean resorts have scores of empty rooms overlooking the famed turquoise waters. Western tourists are largely absent from Istanbul landmarks such as the Hagia Sophia, Galata Tower and Grand Bazaar. Many hotels, shops, and restaurants have been forced to slash prices.

The near-total collapse of Russian tourism in Turkey began last November, when Moscow slapped economic sanctions and a travel ban on Turkey, after the downing of a Russian warplane along the border with Syria.

Apology got the ball rolling for tourism

Last month, Russian President Vladimir Putin got the apology he had long been demanding from Turkish President Recep Tayyip Erdoğan. Putin authorized the gradual easing of the sanctions and lifted the devastating travel ban that caused Russian tourism in Turkey to collapse by more than 90% by some estimates.

Overall, Turkey endured a staggering 23% drop in tourists from all countries in the first five months of 2016. It is a devastating reversal of fortune for Turkey after more than a decade of 200% annual tourism growth.

The Russian tourists’ return over the weekend is the first sign of thawing relations between the two nations. Russians are snatching up discounted vacation packages, seemingly happy to once again be able to book affordable holidays in Turkey, as opposed to pricier destinations such as Bulgaria or Spain. Lucrative charter flights are expected to resume soon.

Russia is Turkey’s No. 2 tourism market, second only to Germany. But the number of visitors from those countries, along with the United States, the UK and other parts of Europe has plummeted by nearly a quarter during the first half of this year.

Turkey’s crucial tourism industry was already struggling before suicide bombers killed dozens of people at Istanbul’s airport late last month. But the terrorist assault on one of Europe’s busiest transport hubs was a calculated and devastating blow.

“[Tourists] are asking about security measures, what we are doing about that. And I can tell them Turkey is doing it’s best for security. But global terror, you know, it can happen anywhere. At anytime,” Gurcun says.

Turkey is fighting the growing perception it’s no longer safe – rocked by spillover violence from neighboring Syria. The Turkish government is fighting an escalating battle on two fronts – against ISIS and Kurdish rebels.

Suicide bombers have targeted Turkey’s capital Ankara and its largest city, Istanbul, including an ISIS bombing on Sultanahmet Square in January that killed nearly a dozen German tourists. It was deadliest attack on Germans abroad in 13 years and has caused scores of Germans to cancel trips to Turkey amid safety concerns.

Shop and restaurant owners say they’ve seen their business evaporate. There is a heavy police presence on the square, with armored vehicles making regular patrols. But it has done little to calm the fears of European tourists – who no longer flock here.

Cafes and tour buses are mostly empty. For many business owners, rent is late, bills are overdue and hope is fading. Thousands of small businesses have closed in Turkey in the last six months, according to the Turkish Union of Chambers and Commodity Exchange of Turkey.

David and Sue Thatcher from Toronto, Canada, wander through a mostly empty plaza, as the afternoon call to prayer blares over loudspeakers. They say friends urged them to cancel their Turkish holiday.

“People are afraid. You talk to tourists. We’re scared. We don’t know what to do,” says David.

“I’m not afraid,” says Sue. “I could walk across the street tomorrow and get hit by a car. You might as well see the world and not be afraid.”