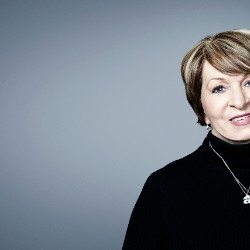 It was launched five years ago to study the planet's composition

Juno is a spinning, robotic probe as wide as a basketball court

NASA says it has received a signal from 540 million miles across the solar system, confirming its Juno spacecraft has successfully started orbiting Jupiter, the largest planet in our solar system.

The Juno team cheered and hugged.

Engine burn complete and orbit obtained. I’m ready to unlock all your secrets, #Jupiter. Deal with it.

All rays on me. My solar panels now face the sun. I’m the farthest solar-powered spacecraft from Earth. #Jupiter

The probe had to conduct a tricky maneuver to slow down enough to allow it to be pulled into orbit: It fired its main engine for 35 minutes, effectively hitting the brakes to slow the spacecraft by about 1,212 miles per hour (542 meters per second).

On board NASA’s flying lab

“We’re there, we’re in orbit. We conquered Jupiter.”

“Through tones Juno sang to us and it was a song of perfection,” said Rick Nybakken, Juno Project Manager, referring to the audio signal the probe sent to indicate it was in orbit.

Juno was launched nearly five years ago on a mission to study Jupiter’s composition and evolution. It’s the first spacecraft to orbit Jupiter since Galileo. Galileo was deliberately crashed into Jupiter on September 21, 2003, to protect one of its discoveries – a possible ocean beneath Jupiter’s moon Europa.

Hate your job? NASA wants you to work on Mars

“Preliminary looks are that the spacecraft is performing well ,” said Guy Beutelschies, Director of Interplanetary Missions at Lockheed Martin Space Systems, the company that built the spacecraft.

Steve Levin, Juno Project Scientist, looked ahead to turning on the probe’s instruments again, after they were turned off in preparation for the tricky orbit maneuver.

“What I’m really looking forward to is getting up close and personal with Jupiter,” he said.

The largest planet in our solar system, Jupiter is a huge ball of gas 11 times wider than Earth and 300 times more massive than our planet.

Researchers think it was the first planet to form and that it holds clues to how the solar system evolved.

Spacecraft have been to Jupiter before. But scientists still are puzzled by the gas giant.

What’s going on under Jupiter’s dense clouds? Does it have a solid core? How much water is in its atmosphere? And how deep are those colorful bands and that mysterious giant red spot?

What does it take to be a NASA astronaut?

Juno will help answer those questions by looking at Jupiter’s interior. The spacecraft will orbit the poles and try to dodge the planet’s most hazardous radiation belts. To protect the spacecraft from the radiation, Juno has a shielded electronics vault.

At a press conference following the probe’s successful arrival in orbit around Jupiter, NASA showed a video shot by Juno on its approach of Jupiter’s moons traveling around the planet, capturing for the first time the movement of objects around a celestial body.

“In all of history, we’ve never really been able to see the motion of any heavenly body against another,” Bolton told CNN, describing Jupiter and its moons as a “mini solar system.”

The $1 billion alternative to NASA

“You have multiple moons going around Jupiter, and each one is going around at a different speed, based on its distance away from the planet. This is the king of our solar system and its disciples going around it.

It’s very significant, we’re finally able to see with real video, real pictures, this motion that we’ve only been able to imagine it until today.”