Brexit: The week that brought Britain to its knees 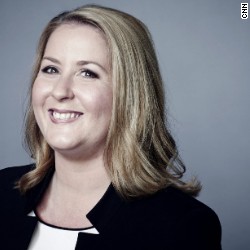 The gasps were audible, the stares of disbelief wide-eyed. This was big news. Massive. And nobody had seen it coming.

Boris Johnson, one of the most recognizable faces in British politics and champion of Britain’s “Leave” campaign, was not, after all, going to lead the UK out of the European Union, into the brave new dawn of whatever it is that comes next.

Instead, faced by a challenge from his closest companion on the Brexit battle bus, the former London mayor opted to pick up his toys and go home.

01:13 - Source: CNN
Boris Johnson: I will not stand for Prime Minister

It was the most shocking day in British politics since, well… last week.

The seven days since have been packed with more intrigue and plotting than a House of Cards box set, more turmoil and backstabbing than an entire season of Game of Thrones.

So where are we now, after a truly monumental week?

It’s Brexit: A visual guide to the UK’s vote

Cameron, who had campaigned for Britain to stay in the EU, said it would be up to his successor to work out what happened next and, as those with their eyes on 10 Downing Street jockeyed for position, the country was left none the wiser.

On the other side of the political divide, the Labour party was falling apart. Since the referendum, Labour leader Jeremy Corbyn has lost most of his top team, the support of the majority of MPs, and gained a vote of no confidence.

Things got so bad that even the outgoing PM told him to quit: “It might be in my party’s interest for him to sit there. It’s not in the national interest … for heaven’s sake man, go.”

But Corbyn remains defiant (albeit damaged) and is so far refusing to give in to demands for his resignation.

The only politician to emerge relatively unscathed is UKIP’s Nigel Farage, who was campaigning for a Brexit before it even had a name. Having finally got what he wanted, he headed straight to Brussels to rub fellow MEPs’ noses in it.

Brexit: What does it mean for you?

Where to begin? It’s not looking great.

Stocks plunged: A record $3 trillion — yes, TRILLION — was wiped off global markets in just two days. The FTSE 100 has since recovered, but things are still looking grim for the FTSE 250, which is still down more than 6% since the vote.

The pound sank like a stone against the dollar, hitting a 31-year low right after the vote and losing 12% of its value.

Britain’s credit ratings tanked — Fitch and S&P both issued downgrades, and Moody’s lowered the outlook for UK banks to negative.

Rumors are swirling that multinational companies may quit the UK, taking jobs and money with them.

And it’s not just Britain that should worry; U.S President Barack Obama has warned that global growth could be hit if Brexit goes ahead.

The view from Europe

While British politicians fight among themselves, their European counterparts are getting down to business — and they’re not in the mood to be messed around.

The leaders of the 27 other EU countries aren’t happy with Britain’s decision, but see the result as a done deal, and want the Brits to hurry up and officially begin the separation process.

German Chancellor Angela Merkel said she was “sad” at the outcome of the referendum, but warned the UK it could not have its cake and eat it too: “If you want to exist and leave this family, then you cannot expect all the obligations to drop away but privileges to continue to exist.”

European Commission President Jean-Claude Juncker cautioned that, as in real families, the breakup could get nasty: “It is not an amicable divorce, but it also wasn’t a tight love affair.”

And there’s another worry for EU leaders: The Brexit vote was greeted with jubilation by far-right leaders including Marine Le Pen in France and Geert Wilders in Holland — and many now fear the “contagion” will spread.

Hurrah for the British! Now it is our turn. Time for a Dutch referendum! #ByeByeEUhttps://t.co/kXZ0aQtgmx

Morale across the country is dependent on how (or even if) you voted: The 48% who backed “Remain” aren’t happy, while most of those who supported the “Leave” team are thrilled.

Pro-EU Brits were left stunned by the result; more than four million people have now signed a petition calling for a do-over, protests were held, and a large march is planned for the capital Saturday.

And those who worried that a win for Brexit was a sign of how insular and unwelcoming Britain had become found their fears coming true when a spate of racist attacks was reported in the days after the referendum.

A new hashtag emerged – #SafetyPin – as appalled Brits vowed to intervene on behalf of their taunted European neighbors.

Within hours of the result, as markets tanked and remorse set in, some unhappy “Leave” voters were wishing they could take back their vote. Yes, it turns out #regrexit really is a thing.

I personally voted leave believing these lies and I regret it more than anything, I feel genuinely robbed of my vote😡😤😭

But most of the 52% who backed Brexit are pretty pleased so far.

Sure, things are going to be a little shaky at first, they say, but the only way is up.

What’s not clear — and might not be for months, even years, to come – is whether they’re right, and we’ll soon come to see the Brexit debacle as a storm in a very British teacup, or whether the ranks of the 48% will swell over time as disenchantment grows.

Can wounds ever heal in divided UK?