The political arm of the National Rifle Association released a new ad Wednesday focusing on Hillary Clinton and features a survivor of the Benghazi attack criticizing the former secretary of state.

The ad stars Mark Geist, a Marine Corps veteran who provided security services in Benghazi, discussing the 2012 attacks. “Hillary as president? No thanks,” Geist says.

“I served in Benghazi. My friends didn’t make it. They did their part. Do yours,” he continues, as the words “Trump 2016” appear on screen.

The story was first reported by USA Today. The Clinton campaign did not respond to CNN requests for comment.

Jennifer Baker, Director of Public Affairs for the NRA’s lobbying arm, confirmed to CNN that the ad is backed by a $2 million buy and will air in battleground states such as Colorado, Florida, Nevada, Ohio, Pennsylvania, Virginia, in addition to the second congressional district of Maine, which splits its electoral votes.

It is the largest pro-Trump ad buy from an outside group during the campaign so far. 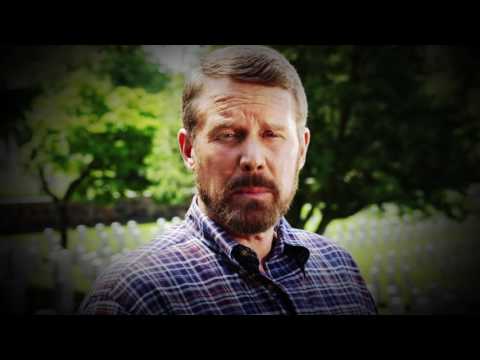 In the ad, Geist also seems to speak directly to disaffected Republicans who could be upset with Trump being the GOP nominee. He notes, “a lot of people say they’re not going to vote this November because their candidate didn’t win.” Over video of graves Arlington National Cemetery, he adds, “Well, I know some other people who won’t be voting this year either.”

Paid for by the NRA Political Victory Fund, the ad does not directly address the 2nd Amendment or gun control efforts.

The release of the spot coincides with House Republicans and Democrats this week releasing dueling reports on the Benghazi attacks, after two years spent investigating their cause and examining the government’s response.