Theater exec said it was due to a last-minute movie change.

A theater full of moviegoers in Calfornia were treated to a very unsavory surprise when a “Sausage Party” trailer was played before a recent showing of “Finding Dory.”

For the first minute or so of the promo, “Sausage Party” seems like any other animated kids’ movie: Happy anthropomorphic food, a sparkly soundtrack, you get the picture.

It almost makes sense that it would open for a sweet sequel about a wayward fish.

The problem is, the R-rated “Sausage Party” is DEFINITELY not for kids (did the name give it away?). Once the sunny exposition is over, the audience is treated to graphic human-on-food violence and, if you’re watching the red band trailer, a fat bushel of profanity.

Needless to say, the “Finding Dory” audience at the Brenden Concord 14 in Concord, California was probably not expecting such a jarring (heh) display.

The vice president of operations at Brenden Theatres was quick to offer an apology and an explanation.

“Playing that trailer was a one-time honest mistake by a theater manager moving screens around in effort to accommodate several large last-minute groups wanting to see ‘Dory,’” Eichinger said in a written statement to the East Bay Times. Eichinger also said the trailer was part of a movie reel that was “started by mistake” and the theater would “never schedule something like that” ahead of a children’s feature.

CNN has reached out to Brenden Theatres for comment.

Some seem to be taking the gaffe in stride, though. Seth Rogen, who co-wrote and stars in “Sausage Party,” tweeted about the incident, and an account that appears to belong to Brenden Theatres had a solid response.

The true humor (or horror) of this mix-up can only be appreciated if you’ve actually seen the trailer for “Sausage Party,” which is set to hit U.S. theaters August 12. The version below isn’t profane, but do be warned: It’s still weirdly graphic, and you’ll never be able to peel a potato again without wincing. 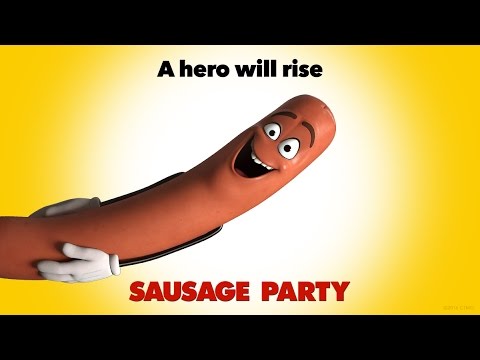