President Obama tries to name every dead ‘GOT’ character

President Obama says he’s an avid “Game of Thrones” viewer, but even he can’t name all of the characters who have died on the hit HBO show.

In a new public service announcement produced by Buzzfeed to promote voting, Obama encourages Americans to head to the polls by showing them five things that are more difficult to do than registering to vote. “All right, you’ve got Ned, Robb, Khal Drogo, Jon – but maybe that doesn’t really count,” Obama said. “And then Hodor. That was sad.”

5 Things That Are Harder Than Registering To Vote, Featuring President Obama 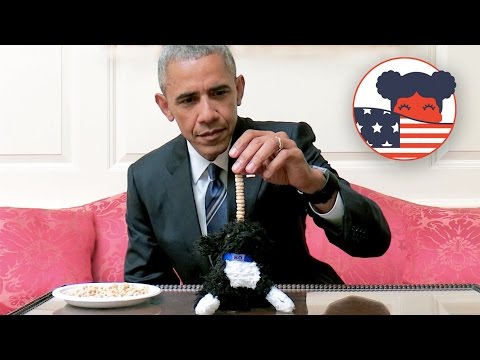 “I think, for both of us, finding out the President wanted advanced copies of the episodes was an ‘ah-ha’ moment,” Weiss said during an HBO’s Facebook Live stream. “That was a very strange moment.”