The Oscars are Sunday. Need to cram? Here’s where you can find 30 nominated films. And here’s what else you need to know to Get Up to Speed and Out the Door. (You can also get “5 Things You Need to Know Today” delivered to your inbox daily. Sign up here.)

More details (and more questions) emerge in the worst mass shooting in modern American history. We learned yesterday that Omar Mateen went to the Pulse nightclub hours before returning to kill 49 people. He paid the entry fee, obtained a wrist band and entered the club, but investigators say he wasn’t there to party. He was checking out club security. The day before the attack he bought plane tickets to San Francisco for him and his family. But why do that if you’re planning a terrorist attack? And his wife said Mateen was angry – and carrying a bag of guns – when he left their home that night.

If at first you don’t succeed, fire a missile again. That seems to be North Korea’s motto for 2016, as the reclusive regime test-fired two Musudan intermediate-range missiles earlier today. It’s at least the fourth time this year that the North has tested this type of missile. Most of the tests have failed, including at least one of today’s. Testing missiles is obviously Kim Jong Un’s thing: his father, Kim Jong II, only conducted 18 tests during his 18-year reign. The younger Kim’s carried out 27 missile launches in four years.

We’ve officially entered the dueling speeches part of the campaign. Donald Trump’s set to make “a big speech” (cause what’s the point of making a small one) focused on Hillary Clinton-related scandals today, a day after Clinton argued in a speech in Ohio that Trump would be just as dangerous with the economy as he’d be with foreign policy. Meanwhile, Trump 2.0 kicked off yesterday after the firing of campaign manager Corey Lewandowski, with a flurry of emails to supporters, suggesting the transformation into a more traditional campaign operation has begun for the soon-to-be GOP nominee.

The UK’s vote on either staying in or leaving the European Union is tomorrow, and the last day of campaigning promises to be fierce. Thousands packed Wembley Stadium last night for an impassioned panel debate on Brexit, which included the current and former mayors of London squaring off. The polls in the U.K. still indicate a tight race. Europeans in other EU countries are pleading with the Brits “please don’t go away,” pretty much the same song being hummed by U.S. officials. Bemused by the Brexit buzz? Here’s a handy-dandy guide.

Well, that’s one way to get the job. President Obama’s nominee to lead U.S. forces in Africa kept it real yesterday, when he said during his confirmation hearing that the administration’s current strategy for fighting ISIS’ affiliate there makes no sense. Marine Lt. Gen. Thomas Waldhauser admitted he didn’t understand why the U.S. wasn’t bombing the terrorists in Libya and felt there’s no “overall grand strategy at this point.” So what was the administration’s reaction? Basically, it’s “complicated,” a Pentagon spokesman said.

That’s how high the Dow jumped yesterday, closing at 18,348, a new record.

Watch out YouTube. After battling Apple and Spotify over how much (or how little) they pay artists, Taylor Swift is setting her sights on you.

They needed a level

Maybe the Egyptians weren’t the master builders we thought. Archaeologists discovered the Great Pyramid of Giza is actually lopsided.

Got children? Raise them in the Northeast and not the South, says a new report on best and worst states in which to raise a child.

Don’t be too realistic

A life-size Noah’s Ark is being built in Kentucky. We just hope there’s not 40 days and 40 nights of rain to go with it. 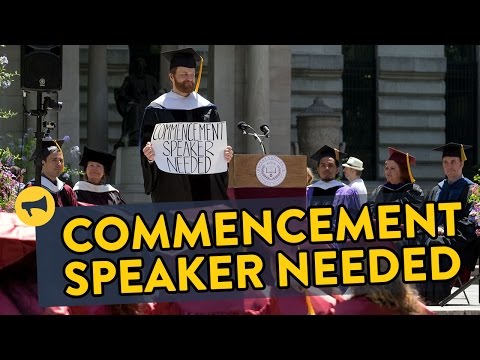 Meanwhile, at the White House

While the rest of the world freaks out about plagiarism, James Corden and Michelle Obama bounce to Beyonce in “Carpool Karaoke.”