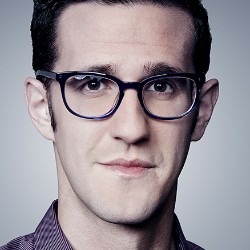 Democrats say the fight will continue

Democrats decided to end their day-long sit-in protest on the House floor over gun control Thursday.

Rep. John Lewis, who launched the sit-in Wednesday morning that eventually drew 170 lawmakers, lit up social media, and infuriated House Republicans – but spurred no legislative action – said the fight was not over.

“We must come back here on July 5th [when Congress returns to session] more determined than ever before,” Lewis said.

“We are going to win,” he told supporters on the Capitol steps after the sit-in was halted. “The fight is not over. This is just one step of when we come back here on July the 5th we’re going to continue to push, to pull, to stand up, and if necessary, to sit down. So don’t give up, don’t give in. Keep the faith, and keep your eyes on the prize.”

He also tweeted, “We got in trouble. We got in the way. Good trouble. Necessary Trouble. By sitting-in, we were really standing up.”

PHOTO: From Facebook
U.S. Rep. John Lewis, no stranger to protest from his days of civil-rights activism, joined other Democrats in staging a sit-in at the House of Representatives on Wednesday, June 22. They were trying to force votes on gun control after the largest mass shooting in U.S. history.
Related Gallery Famous sit-ins

Lawmakers said that during the July 4th break, they would take the issue to their districts.

“We are going back to our congressional districts – we are going to engage our constituents on this subject, and we will not allow this body feel as comfortable as in the past,” Rep. Jim Clyburn said. “On July 5, we will return, and at that time we will be operating on a new sense of a purpose.”

RELATED: How House Dems made a little noise

Republicans had earlier tried to shut down the sit-in, but the Democrats’ protest over the lack of action on gun control lasted for more than 24 hours. House Democrats were looking for votes to expand background checks and ban gun sales to those on the no-fly watch list.

In the middle of the night, the House GOP had sought to end the extraordinary day of drama by swiftly adjourning for a recess that will last through July 5.

The Republican move was an effort to terminate a protest that began Wednesday morning in reaction to the massacre in Orlando when Democrats took over the House floor and tried to force votes on gun control. But throughout the morning Thursday, 10-20 Democrats, including House Minority leader Nancy Pelosi for much of the time, remained on the floor.

At one point, a police officer told the Democrats that they would be conducting a daily security sweep. “I’d ask that you clear the floor while that happens,” the officer said.

Pelosi responded: “That’s not going to happen” and the security check then took place involving five agents and a dog as the House Democratic leader continued speaking, undeterred.

Pelosi said the sit-in would continue “until hell freezes over.”

House Speaker Paul Ryan on Thursday accused the Democrats of throwing the House into “chaos” and threatening democracy. He said Republicans were looking at all options to stop the sit-in, if the Democrats continued it.

Sen. Susan Collins, a Maine Republican, also criticized the protest and said it was a setback to her efforts to build bipartisan support for her legislation that would ban gun sales to people on a list of possible terrorists.

“It is not helpful to have had the sit-in on the House side because that made it partisan, and I’ve worked very hard to keep this bipartisan, so that setback our efforts somewhat,” she said of her bill, which won support from a majority of senators Thursday but fell short of the 60 votes needed to advance.

Although Republicans leaders had shut off House cameras, Democrats continued Thursday morning to livestream their activities on the floor. Rep. Mark Takano plugged his phone into an external power source, set it on top of a chair facing the podium, and was streaming on his Facebook page even though he’d left the chamber to appear on CNN’s “New Day.”

The sit-in became a social media happening. Tweets sent by Reps. Scott Peters and Eric Swalwell with Periscopes were viewed over 1 million times and the hashtags #NoBillNoBreak and #HoldTheFloor were tweeted over 1.4 million times, according to Twitter.

“I am tired, I am cold, and I am hungry. Let me remind everyone watching how privileged I am to be tired, cold, and hungry,” he said. “These are feelings that I am privileged to have because so many will never feel that again,” referring to victims of gun violence.

Overall, more than 170 Democrats took part in the sit in over the 24 hours, lawmakers said.

House Minority Whip Steny Hoyer said at 3:36 a.m., “The Republicans have left in the dead of night with business unfinished.”

Republicans said earlier that they wouldn’t give Democrats the gun control votes they wanted.

“Democrats can continue to talk, but the reality is that they have no end-game strategy,” Ryan’s spokeswoman AshLee Strong said in a statement. “The Senate has already defeated the measure they’re calling for. The House is focused on eliminating terrorists, not constitutional rights of law-abiding citizens. And no stunts on the floor will change that.”

The tension exploded onto the floor just after 10 p.m. Wednesday when Ryan gaveled the chamber into order to hold a procedural vote on an unrelated matter. A dramatic scene unfolded as throngs of Democrats – some holding signs with the names of victims of gun violence – remained in the House well, chanting “no bill, no break” and “shame shame shame.” They also sang the protest anthem “We Shall Overcome.”

Such displays would normally be prohibited, but Ryan, sensitive to the attention being paid to the sit-in, declined to enforce the traditional order in the House.

The political world had started Wednesday focused on insults flying between Donald Trump and Hillary Clinton.

But the sit-in drew attention to Capitol Hill, where lawmakers have been unable to act on gun control legislation in the aftermath of the Orlando shooting. And Lewis, 76, one of the most prominent of the 1960s-era civil rights leaders still alive, said it reminded him of his early days protesting to end segregation.

“We’re going to continue to sit in and sit down,” he said Wednesday night.

Ahead of the vote, dozens of Democratic House members gathered around Democratic Whip Rep. Steny Hoyer as he equated their sit-in with the civil rights protests led by figures like Lewis and Rep. Jim Clyburn five decades ago.

“We stand here saying Paul Ryan, help give us the right to vote on these two bills, make America safer!” Hoyer said.

As the two sides raced to the showdown in the House, staff brought in food, pillows and even sleeping bags. Lawmakers announced they had brought in battery packs to keep the livestream on Periscope going through the night.

In an interview with CNN’s Wolf Blitzer, Ryan dismissed the sit-in effort as a “publicity stunt.” Behind closed doors, he promised Republicans they would vote on an unrelated veto override measure and Zika funding legislation, not gun control measures.

Democrats are staging a sit-in for gun control measures on the House floor, led by Congressman John Lewis. Congressman Beto O'Rourke is streaming the sit-in from the floor http://cnn.it/28Q5fzR

RELATED: C-SPAN goes dark during Democrats’ protest, so they Periscoped

The sit-in follows the shooting at an Orlando gay nightclub earlier this month that killed 49 people – the deadliest incident of gun violence in American history. The shooting renewed the debate over gun control legislation, which seems poised to go nowhere in Congress. The Senate blocked several gun measures Monday even as a CNN/ORC poll this week found that public support for changes such as tighter background checks hovers around 90%.

Several Republican congressmen criticized the sit-in as a political stunt.

“Calling this a sit-in is a disgrace to Woolworth’s,” Rep. Mark Walker of North Carolina tweeted. “They sat-in for rights. Dems are ‘sitting-in’ to strip them away.”

As the sit-in continued, the Democratic Congressional Campaign Committee used the opportunity to fundraise, with Pelosi telling supporters, “I need 6,000 gifts in the door during tonight’s sit-in. Will you pitch in $1?” Republicans slammed the Democrats for seeking to cash in.

The sit-in evoked memories of a protest by House Republicans in August 2008 to push for a vote on offshore drilling. When Pelosi, then the House speaker, adjourned for Congress’ summer recess, a handful of House GOP members remained as the lights and microphones inside the chamber were turned off and House cameras, controlled by the speaker’s office, were switched off.

Democrats rallied behind the latest sit-in. Some, including Sen. Elizabeth Warren of Massachusetts, joined the protest while others delivered snacks and sodas.

“Thank you John Lewis for leading on gun violence where we need it most,” Obama tweeted.

Clinton tweeted his praise, writing, “This is leadership” and linking to Lewis’ tweet about the sit-in.

Lewis organized sit-ins at segregated lunch counters after being inspired to join Martin Luther King Jr.’s crusade for equality and eventually led the mass march across the Edmund Pettus Bridge in Selma, Alabama, on Bloody Sunday in 1965, one of the epochal events in American history. Lewis was beaten so badly by Alabama state troopers that they fractured his skull.

As Rep. Debbie Wasserman Schultz recounted reading the resignation letter from former Rep. Gabby Giffords, who was wounded in a shooting in 2011, from the same House lectern four years ago, she began tearing up.

“No more Auroras, no more Orlandos!” she shouted, to a standing ovation. Pelosi, who led Hillary Clinton into a meeting with congressional Democrats just hours before the sit-in began, stood and applauded with the other Democratic congressmen and senators gathered in the chamber.

Later, as Wasserman Schultz got up to leave, Lewis hugged her.

At the White House, spokesman Josh Earnest said the lawmakers participating in the sit-in were showing the kind of “frustration and even anger that people around the country have about the inability of the Republican-led Congress to take common sense steps that would protect the American people.”

.@Clyburn is leading us in a prayer for gun victims. Honor to join all these pillars of the civil rights movement in peaceful protest

I'm on the House floor with @repjohnlewis & Dems staging a sit-in to demand action on commonsense gun legislation pic.twitter.com/byIivby5gG

Shame on you @HouseGOP for thinking a moment of silence is enough. We've had enough of the inaction, so we protest! pic.twitter.com/GFBXgz8nSr

After the worst mass shooting in US history, Congress still refuses to act. We'll be here until that changes. pic.twitter.com/kKcTbKFSuY