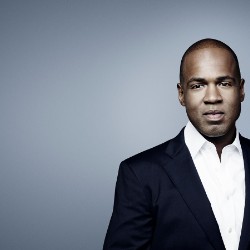 DOJ: Case closed, without the filing of federal criminal charges

There will be no charges filed in the 2013 death of Kendrick Johnson, the U.S. Justice Department said Monday, citing insufficient evidence in the Valdosta, Georgia, case.

A medical examiner determined in 2013 that Johnson died of “positional asphyxia” after he was found dead in a rolled-up gym mat at Lowndes High School.

Officials from the U.S. attorney’s office met with Johnson’s family Monday and informed them the investigation had concluded, the Justice Department said.

“The Department of Justice, in particular the lawyers and investigators who have worked tirelessly on this investigation, express their most sincere condolences to Kendrick Johnson’s parents, family, and friends,” Acting United States Attorney Carole Rendon said.

“We cannot imagine the pain of their loss, or the depths of their sorrow. We regret that we were unable to provide them with more definitive answers about Kendrick’s tragic death.”

Four months after Johnson’s body was found in a gym mat, the Georgia state medical examiner concluded he had died as the result of accidental “positional asphyxia,” implying Johnson had suffocated as a result of being trapped upside-down in the rolled-up mat.

The teen’s parents never believed the local authorities’ explanation that the 17-year-old teen got stuck in the mat after diving in to retrieve a shoe.

His parents, Kenneth and Jacquelyn Johnson, later had his body exhumed and hired an independent pathologist to performed a second autopsy on Johnson’s body.

In the second autopsy, two months later, a medical examiner concluded Johnson’s death was a result of a homicide.

Evidence of “blunt force trauma to the right side of Kendrick’s neck, near the jaw, and the manner of death was not an accident,” the Justice Department statement details. “He found hemorrhages to the jaw line area not detected during the GBI autopsy.”

“We know Kendrick was murdered, no ifs ands or buts about it,” Jacquelyn Johnson, Kendrick’s mother, told CNN moments before entering the courthouse to hear the final fate of her son’s case.

Federal investigators hold firm that a comprehensive investigation was conducted surrounding the of the events in Kendrick’s death.

“The investigation included, among other things, interviewing nearly 100 people; reviewing tens of thousands of emails and text messages; reviewing surveillance videos from Lowndes High School; and analyzing other available information regarding the events of January 10-11, 2013,” the DOJ statement said.

“That just pushes the dagger a little bit further,” Jacquelyn Johnson told reporters in a news conference after hearing the final verdict. “All we ever asked for were answers and the truth about what happened to Kendrick and they still haven’t given us any answers.”

The Johnsons affirmed that investigators told them the initial autopsy conducted by the state medical examiner was wrong and the autopsy performed by the independent pathologist they hired, which indicates their son’s death was the result of blunt force trauma, was correct.

The DOJ is not commenting beyond the statement it released, saying the investigation “has been closed without the filing of federal criminal charges.”

CNN’s Azadeh Ansari and Eliott McLaughlin contributed to this article.