Ad features Carl Higbie, a former Navy SEAL, describing how the terror landscape has changed since the shooting in Orlando

A pro-Donald Trump super PAC is launching a new spot on Monday citing the Orlando attacks to bolster Trump’s credentials as a possible commander-in-chief.

Great America PAC, one of the earlier pro-Trump groups to mobilize on his behalf, also plans to announce that it raised about $1 million in May, Eric Beach, the group’s finance head told CNN. The super PAC also collected another $1.3 million in commitments since June 1, he said, with an expectation it will raise more than $2 million this month.

The group is one of several pro-Trump super PACs ramping up its fundraising and advertising in an effort to become the top outside organization backing the presumptive Republican nominee.

“The goal of a super PAC in this election cycle is to make sure Donald Trump has the necessary resources in the swing states,” said Eric Beach, the group’s finance head. “We have a sound strategy to win those states.”

And it is putting that new money to use: On Monday it began airing a 60-second ad, “The Enemy,” to run nationally and in battleground states over the next three weeks. 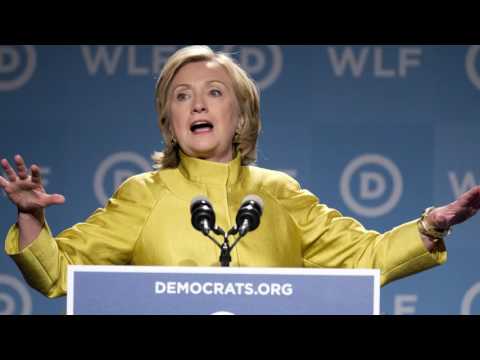 The ad features Carl Higbie, a former Navy SEAL, describing how the terror landscape has changed since the shooting at an Orlando nightclub last week.

“The Orlando tragedy is a stark reminder that the enemy and the battlefield is moving here to our shores,” Higbie says. “Join millions of active duty military members and veterans like me who stand with Donald Trump.”

Only $700,000 total is behind the spot, according to the group, a small buy considering the millions of dollars in advertising that pro-Clinton groups are spending each week. But the Trump super PAC world on the whole has struggled to build a big money juggernaut, and the haul and buy is another step that it is trying to position itself as the most capable outside group backing Trump.

Great America is aiming to raise a total of between $15 to $20 million by the Republican convention next month. It counts large Republican contributors like Stanley Hubbard and Doug Lebda as backers, who have pledged six-figure commitments. The group is in the midst of hosting five fundraisers in major cities, most recently in Dallas and New York.

Many donors have voiced confusion about which of the multiple groups is the “blessed” vehicle for their unlimited checks. Unlike Great America PAC, the other super PACs backing Trump – including one that claims to have raised $32 million already – will not file data on Monday with the Federal Election Commission.