Is Bangladesh the next ISIS hotspot? 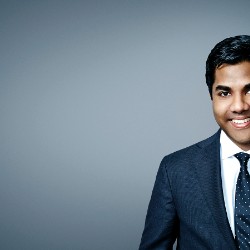 For more than two years, a spate of brutal murders has rocked the South Asian nation

But a motive and payoff is clear: a foothold in a country with the world's fourth-largest Muslim population

Bangladesh has a number of things going for it: its economy is growing, it’s a democracy with a youthful population, and it’s blessed with fertile lands.

It is also home to almost 150 million Muslims, and up until recently steered clear of the kind of radicalism that has plagued other parts of the world. But unfortunately there are ominous signs that this is changing.

For more than two years, a spate of brutal murders has rocked the South Asian nation. At first the killings had a clear pattern, targeting well-known secular writers in the capital, Dhaka. The attacks seemed designed to silence those who dared to criticize Islam.

One of the most high-profile of these – the murder of the Bangladeshi-American writer Avijit Roy in 2014 – took place right outside Dhaka’s annual book fair.

Then in April this year, a well-known LGBT activist and his friend were murdered while they were at home.

In recent weeks these attacks extended into the countryside, increased in frequency, and targeted everyone from university professors to a seemingly random selection of Hindus, Christians, Buddhists, and even Sufi Muslims.

The death toll has now risen past 40.

The hand of ISIS?

One clear thread connecting the murders is the barbaric and medieval mode of attack: machetes.

But who is masterminding the killings?

So-called Islamic State (ISIS) has claimed a number of the attacks through its media affiliates, but the Bangladesh government has consistently denied any ISIS presence in the country. Other attacks have been claimed by local Islamist groups. Police have said that most of the suspected attackers were members of Jamaatul Mujahideen Bangladesh, or JMB – a banned Islamist group.

There’s no clear consensus on the veracity of the claims, even amongst the region’s top terror analysts.

Can Bangladeshi writers be protected?

“ISIS does not go around stabbing individuals in marketplaces,” said Ajai Sahni, Executive Director of the South Asia Terrorism Portal.

Sahni said ISIS-affiliated media may be claiming some of the attacks because it makes the group’s reach seem larger. “It wants to span the globe,” he says. “But if ISIS is involved where is the real weaponry? Where are the trained and battle-hardened fighters?”

But terrorism expert Sajjan Gohel of the Asia-Pacific Foundation said the JMB can now be seen as closely aligned to ISIS.

“JMB has targeted foreigners, professors, and academics,” he said. On the other hand, the other local terror outfit, Ansarul Bangla Team, or the ABT, has mostly targeted bloggers and atheists. Gohel saw the ABT as aligned more closely with the recently launched al Qaeda in the Indian Subcontinent (AQIS).

If Gohel is right then Bangladesh could become – or could already be – a battleground for a proxy war between ISIS and al Qaeda. The motive and payoff is clear: a foothold in a country with the world’s fourth-largest Muslim population. It also shares a border with an even bigger prize in India.

Things could get worse. Gohel pointed to a recent issue of ISIS’s online propaganda magazine, Dabiq, for clues. “ISIS specifically mentioned they want to carry out more high profile attacks in Bangladesh. The next stage could be bigger and better coordinated,” says Gohel. “And Bangladesh’s government is in a total state of denial.”

“Stabbings and hackings aren’t new,” said Sahni. “In a certain measure Bangladesh has long had a political culture of low grade violence. But it’s now been crystallized into something much bigger – and that’s in large part because it’s being associated, rightly or wrongly, with the ISIS brand.”

Even the smallest of attacks have a payoff.

“For terror groups any attack is an attack worth doing,” said Gohel. “It’s the oxygen of publicity that fuels them.”

Bangladeshi bloggers: What we want the world to know

“Former members of the Taliban have also self-identified as ISIS,” he pointed out, even when they have no real links to ISIS. “The ISIS connection makes them a bigger and badder version of themselves.”

If you ask the government, the killings have clear motives and culprits.

But when he talked again to CNN earlier this month, Inu had honed his accusation into a movie analogy.

“The answer is very simple,” he said, responding to a question about who was masterminding the spate of ongoing attacks. “The Producer is the BNP. The Director is JI. The small actors on the ground are ABT, JMB, and other militant Islamist networks.”

He said any claims by ISIS were “fictitious and false,” pointing instead to what he said was a sustained campaign by the opposition BNP to destabilize Bangladesh.

“We are a political party with democratic values and norms,” said Ruhul Kabir Rizvi. “The government’s main aim is to trash the opposition. They want to establish a one-party political system.”

The BNP does seem decimated.

By Rizvi’s account more than 2,700 BNP members have been arrested in June as part of the government’s drive to put an end to the killings. In all, more than 14,000 arrests have been made, but experts say only a few hundred of those are militants.

In a press release last week Human Rights Watch called the arrests arbitrary and without proper evidence of a crime.

“You can’t arrest 14,000 people in the course of five days and claim they are legitimate arrests,” said Tejshree Thapa of Human Rights Watch. “Why have they not been produced before a magistrate? Why have they not been remanded? Many of the BNP’s top leaders have fled the country. They are terrified.”

Bangladesh watchers are not only worried about potential misuse of power, but also about the longer-term impacts of a weakened opposition.

“The BNP is in total disarray,” said William Milam, who served as U.S. Ambassador to Bangladesh from 1990 to 1993, and recently returned from a visit to Dhaka. “They are spending all their time claiming innocence and dodging the government. And a weakened opposition is contributing to what seems more and more like a one-party system.”

The BNP’s leader and two-time former Prime Minister Khaleda Zia is battling charges for alleged corruption as well as conspiring to bomb a public bus during an anti-government protest last year. Zia has said the charges are politically motivated.

The next national elections in Bangladesh are scheduled for 2019.

“Whatever is going on is really tragic,” said Milam. “People are being killed for no particular reason.”

The Bangladeshi government looks set to press on with mass arrests.

“Radical elements are choosing unprotected soft targets to create an impression that they are active,” he said. “But they are weak now.”

While critics point to an increased frequency of attacks, Inu said it’s telling the attacks have shifted from the big cities to more rural and lower-profile areas.

The BNP’s Rizvi says the government needs to find the right culprits.

World press freedom in 2016 shows a ‘deep and disturbing decline’

“This is the holy month of Ramadan,” he said. “The people of Bangladesh are very afraid of this government and are wondering why they are playing games.”

ISIS recently called for a worldwide call to arms, during this holy period.

There is also the worry that some of the machete murders could be “copycat” killings – regular murders disguised to be seen as a terror attack. “I wouldn’t rule out the theory,” said Milam. “There is a clear atmosphere of impunity.

Some of the government’s plans seem almost comical. Police in the Western Bangladeshi district of Magura have started arming villagers with bamboo sticks and whistles.

“In each village, a team of 20 people will be selected,” said Mohammad Tariqul Islam of the Magura District Police to CNN. “The idea is to increase awareness and make villagers more vigilant against militants.”

But ultimately the real verdict on the government’s policies will depend not on who argues the best case but whether the attacks actually stop. Until then the ugly headlines will continue to dent Bangladesh’s reputation around the world.