Dads compete to stack Cheerios on babies’ heads because …dads

It started as a bored father's silly way to pass time

But you know how competitive dads are

So, about a week or so ago, Patrick Quinn felt trapped.

He was sitting on the couch, afraid to move – lest he woke up Maxton, his 3-week-old son who was sound asleep on his lap.

Then he spotted a bowl of Cheerios by the couch. His older son had left it there because he never puts anything away.

Hmm, thought Quinn, let’s see if I can get one to balance on Maxton’s nose. It worked.

And that, ladies and gentlemen, is how the Cheerio Challenge was born.

What started as a bored Orange County father’s silly way to pass time has become a social game of one-upmanship as dads compete to stack higher and higher towers of Cheerios on their sleeping children.

Quinn manages the social accounts for Life of Dad, a parenting site with pretty impressive traffic numbers. So he knows a thing or two about what’s likely to get traction.

About four years ago, Life of Dad posted a mashup of fathers from all walks of life singing “Part of Your World” from Disney’s “The Little Mermaid.” That got about a half a million views.

Dads sing "Part of Your World" from THE LITTLE MERMAID 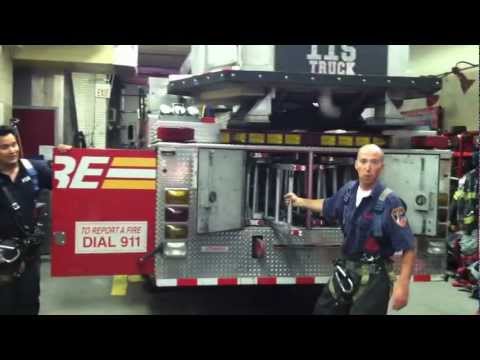 On Thursday afternoon, Quinn pulled the picture of Maxton and the Cheerios from his phone and threw it up on the site.

“We’ll see what happens,” he said. “I thought five was clearly unbeatable.”

But if there’s one thing dads don’t lack, it’s creativity.

By the next morning, Life of Dad’s social accounts were blowing up. Photos starting flooding in, as did calls from news outlets as far away as Australia.

“It’s pretty bananas how it took off,” Quinn said.

There were dads who balanced upwards of 20.

Dads who went for multiple stacks. Or made a Cheerios pyramid.

“The funniest one I saw was very simple,” Quinn said. “A little baby with three pancakes stuck on her head.”

By Friday afternoon, Cheerios was retweeting some of the submissions from its official account.

If you’re planning to take part in the #CheerioChallenge (and why wouldn’t you?), Quinn’s got some tips for you.

Steady your hands and stifle your laughter.

“And maybe lay out your Cheerios and find the flattest ones,” he said.

Not tied to anything

Unlike the Ice Bucket Challenge or the Running Man Challenge, this one isn’t designed to draw attention to any particular cause.

The site was started by a parent who wanted to reach out to other parents who had children with congenital heart defect.

“We’ve always done a lot of charitable work, especially around congenital heart defect,” Quinn said. “I wish we’d known it would take off like this. I’d have tied it to something.”

Instead it’s just a simple challenge with a smile-inducing payoff.