Father figures, in your corner

No matter how terrific (or not) your dad is – personally, I’m aiming for “world’s greatest” just so I can brag about it on a mug – fathers are not the only male role models kids and young adults need.

Just as vital to a person’s development and success are attentive, diverse father figures: the other men who come into our lives at the right time, with the right gifts, to help guide our lives in the right direction. They don’t even need to be fathers themselves to do that. They are mentors, teachers, bosses, relatives, neighbors.

It’s not that the virtues of father figures are somehow separate or distinct from those of the other gender. But there are cultural stereotypes about what men are and aren’t, many misguided. Being a father figure is an opportunity to play against those, to reinforce that men are intuitive, kind and nurturing. We are just as responsible as mothers and mother figures for the progress and flourishing of our species.

The presence of father figures and fathers, studies have shown, reduces behavioral problems in boys and psychological issues in young women. A 20-year review of such studies in the United States and United Kingdom, published in 2008, revealed that children with active father figures were less likely to smoke and get into trouble with the police, and they garnered higher levels of education and more friendships. Women, in particular, had better relationships with partners as adults.

Swedish researchers also found that regular positive, fatherly contact reduces criminal behavior among children in low-income families and enhances cognitive skills such as intelligence, reasoning and language development. All of this was linked to fathers and father figures simply talking, sharing activities or playing an active role in the child’s day-to-day care.

What would Atticus do?

Aiding, or subbing in for, fathers everywhere is a supporting cast of men teaching young people about life, love, work, virtues, ethics, health and family. Father’s Day gives us an opportunity to reflect on, and show appreciation for, their contributions as well.

For the record, my father is plenty awesome and a trove of wisdom in his own right. And the canonization paperwork has been filed for my mother, who valiantly raised me as a single parent, and is therefore something of a father figure herself. But they had help. And I needed it.

Since the age of 9, I have been fortunate to have had four key father figures (five if you include Atticus Finch, which I do). Each gave me the enormous gifts of their attention, advice and insights into how to live, whether they realized it or not.

They were/are each good, decent men. They are my Mount Rushmore of father figures.

To illustrate by example, and spark your own memories and understanding of the men who helped shape your life for the better, here are my big four.

Mr. Hunter was my boxing coach as a kid. My mom found his gym after discovering I was often involved in fistfights at school. I was an angry kid, easily provoked by slights and teasing from classmates, prone to fight rather than flight. Boxing was a way for me to release that aggression productively, and Mr. Hunter imparted physical and mental discipline.

He and I didn’t have any long conversations about my issues, but his few words carried weight. He was my Yoda, teaching me to control my anger and not give in to my dark side. Like a kinetic therapist, he had me sweat out my problems.

And after a few months of training and sparring, he pulled me aside to tell me I couldn’t get into fights at school anymore, because now that I knew how to properly box, I could really hurt someone. There’s probably little truth to that, and my mom may have put him up to it, but it greatly reduced my hallway brawls and helped me turn a corner of self-control by teaching me to (literally and figuratively) roll with the punches.

Mr. Tom Hughes was my high school physics teacher. He was (still is, I’m sure) great at his job – “Dead Poets Society” great. He hooked me into science in a way no other teacher did before or since. But more important, he took a genuine interest in me. I didn’t get the sense other teachers even liked me, probably because I was still a troublemaker: a vocal atheist in a Catholic school, disdainful of most of my classmates, arguing a lot with teachers over trivial matters. Mr. Hughes gently steered me toward my better angels with his thoughts on my gadfly behavior. He taught me that it was possible to be cool (in the most understated of ways) and well-liked while also being kind.

"Thanks for all your dedication in building these boys into fine young men.” - Deanna Dovel, mother of Matthew ’17,...

Importantly, he was the only teacher who asked about my personal life and shared his: funny stories about his wife and daughters, his strong work ethic, his opinions on non-school topics. He gave me a glimpse into a life well-lived and virtuous. It was the softest sell – because that was his approach – on making me a better person.

Colman McCarthy was my favorite and most influential college professor, among many greats. He remains today something of my moral North Star. The former Washington Post columnist writes and teaches about nonviolence (and sometimes bicycling). He infuses peace studies with humor, charm and the urgency of now. His lectures are a tsunami of fresh ideas and old ones turned on their head and made relevant. Gandhi and MLK sound like history except when seen through the prism of effective social change that can stop violence today against animals, women, religions, nations, the poor and others. 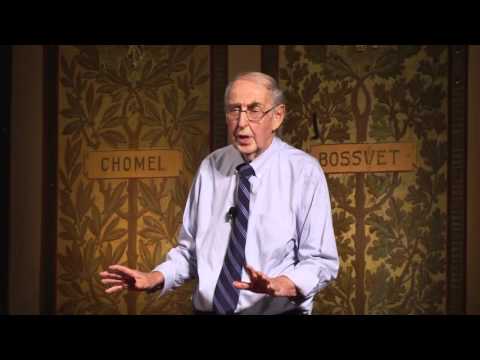 After I took his class, I became one of his teaching assistants and taught the course myself at a Washington school. When I graduated from college, I debated grad school for philosophy or a journalism job at a newspaper or wire service, but Colman reminded me that I had to pay back the teachers who helped me when I was young. At his urging, I joined the Teach for America national service program instead, which kicked off a varied and interesting career. But beyond that, Colman’s lessons on the solutions to violence had an immediate and lasting impact on my politics and behavior, including 20 years of vegetarianism.

Father of the bride

Bill Rope is my father-in-law. I met him when I was 27, seemingly too old to take on new father figures. But I still had plenty to learn about being a great husband and a father myself, since I was neither of those at the time.

Diplomatic (by profession and temperament), generous, funny, wise, smart, dedicated, genuine, adventurous, loving and open-minded are among the virtues he lives. It’s a bit of a mantra in my head to think of how Bill might look at a given problem or work out various outcomes. I’m a better husband, father and person for witnessing him in action up close.

Backcasting to the future

And those are just the big four. My uncle John, journalists Rem Rieder and Tom Kunkel, high school guidance counselor Brother Declan, former Maryland Governor Parris Glendening, Arnold Begleiter (the Snowball King of Baltimore) and others gave and inspired, entering my life at moments when I most needed them.

This weekend, if you have a father in your life, make the obligatory call. Tell him how much you love him and thank him for all you inherited. If your father is no longer alive, reflect on those gifts.

But also take time to think of – and reach out to – your father figures. They don’t have their own holiday, but they are no less vital an influence on the amazing person you are today.

Lastly, think of how you can have such a subtle, profound influence on others and seek out opportunities to offer inspiration and support to the young people in your life. They need you.