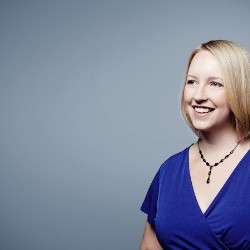 Parkinson's disease is a progressive disorder of the nervous system

Neurons die, leaving the brain with a deficit of a chemical called dopamine

Approximately 1 million people in the United States have Parkinson's

Boxing legend Muhammad Ali died Friday at age 74 after a lengthy battle against Parkinson’s disease. Ali was diagnosed with the disease in 1984, three years after he retired.

In the following years, Parkinson’s began to take away Ali’s motor skills and his ability to speak coherently, but he never strayed from the spotlight.

All about Muhammad Ali

She said doctors told her the disease was not the result of absorbing too many punches but a genetic condition.

Ten weeks before Ali’s match in 1980 against Larry Holmes, a team of doctors at the Mayo Clinic submitted a medical report to the Nevada State Athletic Commission describing a small hole in his brain’s outer layer and noting that the boxer reported a tingling sensation in his hands and slurred speech. He retired permanently in 1981.

Ali was instrumental in raising awareness of Parkinson’s and in 1997, he and his wife co-founded the Muhammad Ali Parkinson Center in Phoenix, Arizona, to provide comprehensive care for those living with the disease, according to the Parkinson’s Disease Foundation. On Saturday the center posted a video in which patients paid tribute to Ali and to his fight against Parkinson’s disease.

“We are saddened by the loss of Muhammad Ali, who faced Parkinson’s disease with great courage and tenacity,” PDF President Robin Elliott said in a statement. “In making his diagnosis public, he provided hope for millions of others and helped the cause immeasurably. We celebrate his extraordinary life and contributions to the cause and send our deepest condolences to his wife Lonnie and his family. In all areas of life, he truly was ‘the Champ’ and ‘the greatest.’”

What is Parkinson’s disease?

Parkinson’s disease is a progressive disorder of the nervous system, according to the Mayo Clinic. It primarily affects a patient’s movement, often starting with a small tremor in the hand or muscle stiffness and getting worse over time. There is no test for Parkinson’s, so it is occasionally misdiagnosed.

Parkinson’s patients often have trouble walking and talking. Symptoms include slowness of movement, a loss of balance and slurred speech. With the disease, “you may have a decreased ability to perform unconscious movements, including blinking, smiling or swinging your arms when you walk,” the Mayo Clinic says. The symptoms are often worse on one side of the body.

Whom does it affect?

Approximately 1 million people have Parkinson’s disease in the United States, according to the Parkinson’s Disease Foundation. Men are more likely to get it than women, and it usually affects people over 50.

Your body uses a chemical called dopamine to control movement, according to the National Institutes of Health. Dopamine is produced by neurons in the brain, which begin to die with Parkinson’s disease. With fewer live cells, a dopamine deficit occurs, causing movement issues.

Scientists don’t know what exactly causes these cells to start to deteriorate but believe it’s a combination of genes and environmental causes. About 15% to 25% of Parkinson’s patients have a family member with the disease, the Parkinson’s Disease Foundation says.

In some cases, researchers have identified a single gene mutation that’s passed from generation to generation, according to the Michael J. Fox Foundation. “Mutations in the LRRK2 gene are the greatest genetic contributor to Parkinson’s disease discovered to date,” the site states. But in most cases, the cause is probably a combination of gene mutations.

Studies have also linked chemicals like TCE and PERC to Parkinson’s, though the relationship has not been proved. “A simple exposure to an environmental toxin is never enough to cause Parkinson’s,” the Parkinson’s Disease Foundation states. “In fact, there is no conclusive evidence that any environmental factor, alone, can be considered a cause of the disease.

Can you treat it?

There is no cure for Parkinson’s disease, according to the National Institutes of Health, but doctors can help patients cope with symptoms.

Related Article Could this glove be the solution to Parkinson's tremors?

A medication called levodopa is often given to patients to help their brains make more dopamine. It’s often prescribed with carbidopa, which helps bring the levodopa into the brain.

The U.S. Food and Drug Administration has approved deep brain stimulation, which is also used to treat depression, to reduce symptoms in Parkinson’s patients. Electrodes are implanted into the brain and connected to a small device that emits programmed pulses to help control movement.

Other patients prefer less invasive forms of therapy like <a href="http://thechart.blogs.cnn.com/2012/02/08/study-tai-chi-improves-balance-in