How Gina Rodriguez’s Golden Globes dress made it to prom

Ask and ye shall receive.

A high school senior from Buffalo, New York, loved “Jane the Virgin” star Gina Rodriguez ‘s dress from the Golden Globes in January and tweeted her that she would “so would love to wear your golden globes dress to prom.”

Rodriguez tweeted back, “Where do you live? I only own my first globes dress the one from last year…maybe we can make this happen.”

The actress ended up loaning Jessica Casanova the black strapless Badgley Mischka gown she wore to the 2015 Golden Globes. The senior said wearing it made her feel like a star.

“Gina’s dress made me feel like a princess and it gave me chills knowing that it was something that came from her heart and I cherish that very much,” Casanova told E! News. “I wish I could give her a big hug and tell her how much I love her. She will always have a special place in my heart.”

The gown was pretty magical for Rodriguez, too, as she won the Golden Globe for best actress in a comedy series – her first – the night she wore it. 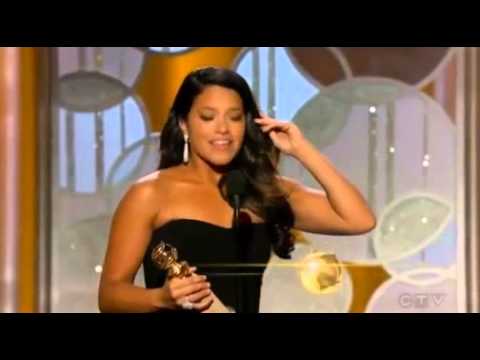 Casanova said the actress even recorded a video wishing her well on her special night.

“She took the time even with a busy schedule to make sure my day was going great,” Casanova said. “It meant so much.”