Caitlyn Jenner one year later: A lot has changed

Less than 10 minutes later Jenner formerly introduced herself, tweeting “I’m so happy after such a long struggle to be living my true self. Welcome to the world Caitlyn. Can’t wait for you to get to know her/me.”

I'm so happy after such a long struggle to be living my true self. Welcome to the world Caitlyn. Can't wait for you to get to know her/me.

The transgender community as a whole has had a flood of attention in the year since then.

The show “I Am Jazz” about the teenage transgender girl Jazz Jennings is a hit on TLC.

Laverne Cox, the first openly transgender person to be nominated for an Emmy, recently snagged a role on the forthcoming TV remake of “Rocky Horror Picture Show,” and Amazon’s Emmy-winning series “Transparent,” starring Jeffrey Tambor as a transgender woman, has been renewed for a third and fourth season.

The former Olympian gained fame and fathered a family as Bruce Jenner. She’s been credited with helping raise awareness of the transgender community and has been one of its most visible advocates. Jenner has since become the recipient of the Arthur Ashe Courage Award at the 2015 ESPY Awards as well as one of Glamour’s “Women of the Year” (albeit, not without controversy). She’s also launched a reality series on E!

But despite all of the positives associated with Jenner’s reveal, the past year has been “both the best of times and the worst of times for the transgender community,” said Nick Adams, director of programs, transgender media for GLAAD.

“There has been a tremendous increase in visibility and interest in hearing the stories of the transgender community,” said Adams who is transgender. “At the same time, 21 trans people were murdered in 2015 and 12 so far have been murdered in 2016.”

Adams also pointed to the spate of anti-LGBT legislation like North Carolina’s “bathroom bill,” which requires people to use the restroom that corresponds to the gender on their birth certificate, as evidence that “we still have such a long way to go.”

Transgender policies across the country: Where do they stand?

Even as Jenner has helped the trans community gain acceptance, her experience as a trans woman is far from average.

“For many Americans, Caitlyn Jenner has become the reference point for their perceptions and expectations of transgender people,” wrote John Cullen, the coordinator of outreach for the Susan B. Anthony Center at the University of Rochester, and his colleague Nick Kasper in Newsweek. Unfortunately, her experience is hardly representative of the rest of the population.”

“Caitlyn has about as much privilege as a trans woman in America could possibly attain,” they wrote. “She’s upper-class, white, college educated, not to mention famous as both a former Olympic athlete and reality TV star. Her daily life looks nothing like that of the rest of the transgender community, and by keeping the focus solely on one high-profile individual, much of the real story is being left out of the conversation.”

Cayes Jarda is one transgender person who doesn’t feel much kinship with Jenner.

Jarda is a black man who shared his story of transitioning from being born a woman in the docuseries “Secret Lives of Americans.” To him, Jenner is just a “powerful white woman who basically did a lateral move,” going from “a guy who has money to a powerful, rich white lady.”

Yet Jarda said it was Jenner’s ground-breaking interview with Diane Sawyer that helped his Haitian mother- - who initially struggled with Jarda’s transition – accept him. 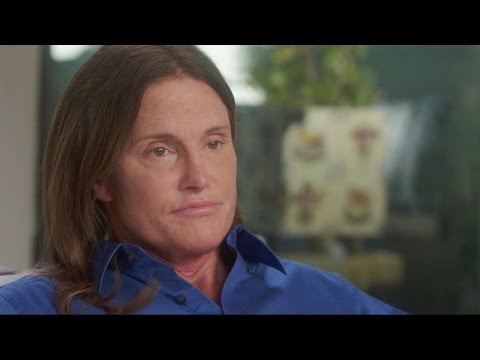 “When she saw the interview, I think that was the first time she’s ever seen a trans person talk,” Jarda said. “Hearing Caitlyn talk about the struggles, the emotional struggles…for my mom it made her finally be able to accept me in a way.”

In accepting her GLAAD Award in May, Jenner talked of the struggles of living her life prior to becoming Caitlin. She thanked Sawyer and ABC for helping her to reveal her truth to the world and summed her year, saying it’s been “quite a ride.” 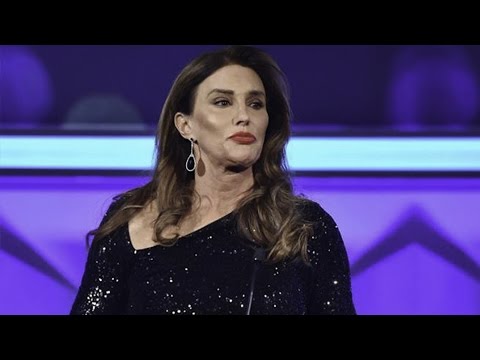 “There is nothing better in life, than living your life authentically,” she said.