He painted two buckets with the words "Extortion payment"

The Friso, Texas, man was incredulous the city police cited him for going nine miles over the speed limit. And he was livid that a jury decided he deserved the ticket.

So, when the city ordered Sanders to pay $212 in fines, he figured he’d make the payment as inconvenient as possible. He decided to pay Frisco in pennies.

“I was on my residential street when I got a ticket for going nine miles over the speed limit,” he told CNN. “I thought it was unfair. I did not injure anyone, and I did not endanger anyone.”

So, he got the coins from a bank, painted two buckets with the words “Extortion payment,” headed to the Frisco Municipal Court and dumped the pennies on the counter.

And this being the age of virality, he made sure to catch it all on video and post it on YouTube.

How to pay a speeding ticket. #ResistTheft 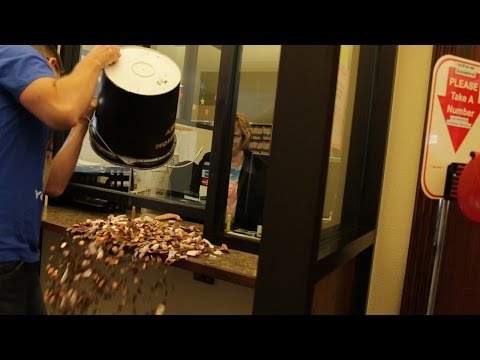 “Not only am I [ticked] off about this ticket and paying with pennies to clog up the system, but I also want to protest the whole racket,” he said.

The city of Frisco wouldn’t specifically comment on what they thought of the incident. But spokeswoman Dana Baird told CNN the pennies were counted using two coin-cashing machines – and took staffers about three hours.

Baird says the city can keep the change.